Russia and the US representatives agree to disagree on Venezuela 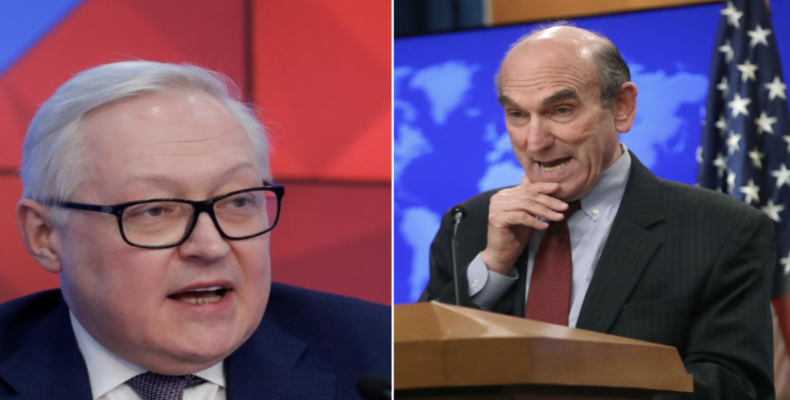 Rome, March 19 (RHC)—High level consultations on Venezuela between Russia and the United States concluded on Tuesday in the Italian capital without concrete results.

After the 2-hour encounter, Ryabkov told the press that the talks with Abrams had been difficult, but  frank.

The senior Russian diplomat also said that the developments unfolding in Venezuela “necessitate a more active international dialogue through all channels,”  and insisted on the importance of establishing a dialogue inside the country, which would be possible "only in conditions when there are no attempts of putting pressure from outside and imposing this or that pattern of political development."

During the talks, Moscow warned Washington not to intervene militarily in Venezuela.

Abrams told reporters that in his opinion “the talks were positive in the sense that both sides emerged with a better understanding of the other’s views.”

According to media reports, during the consultations it was well established that Russia’s considers Nicolas Maduro the country’s legitimate president, while the United States backs  self-proclaimed president Juan Guaido.

Earlier in the day, the Trump Administration expanded its measures against Venezuela, imposing sanctions on the state-run gold mining company Minerven.

President Donald Trump has said all options are on the table for Venezuela.

In this regard, Ryabkov said "we cannot view the US wordings that all options for resolving the situation in Venezuela are on the table as rhetoric. This is a statement of fact."