Donald Trump ordered Sessions to un-recuse himself from Russia investigation 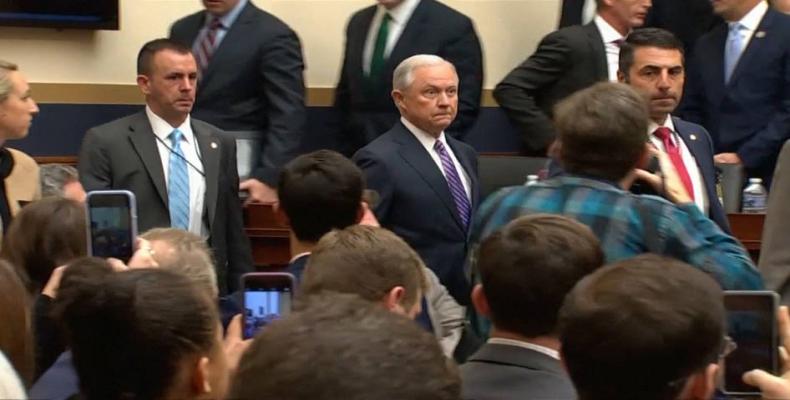 Washington, June 4 (RHC)-- The New York Times reports that days after U.S. Attorney General Jeff Sessions recused himself from the investigation into alleged ties between Russia and the Trump campaign, President Donald Trump ordered Sessions to reverse the decision.  The Times reports the potentially inappropriate request, made in March of 2017, is under investigation by special counsel Robert Mueller as another line of evidence that Trump sought to obstruct the inquiry.

Sessions recused himself following reports he met twice with Russia’s ambassador to the U.S. while serving as a campaign surrogate for Donald Trump.  The revelation directly contradicted Sessions’ sworn testimony to Congress that he did not meet with any Russian officials in the run-up to the 2016 election.

In other news, a top U.S. House of Representatives Republican has defended the FBI against a series of attacks by President Trump, who’s claimed without evidence that the bureau planted a spy in his 2016 presidential campaign.  Representative Trey Gowdy, chair of the powerful House Oversight Committee, said that the FBI was acting properly when it deployed a confidential informant to investigate Russian attempts to interfere in the election.