Nations around the world blast U.S. position on Golan Heights 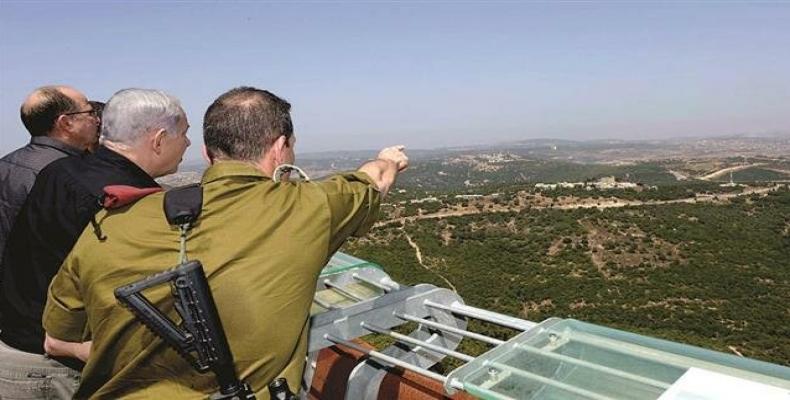 The strategic highlands have been under the Israeli occupation since 1967, but Trump's abrupt declaration on Friday, a day after U.S. Secretary of State Mike Pompeo's visit to Israel, brings the dispute to a boiling point.

Syria, which declared last month that it was ready to go to another war with Israel for the Golan, condemned Trump's pledge in a statement issued by its Foreign Ministry on Friday.  "The American position towards Syria's occupied Golan Heights clearly reflects the United States' contempt for international legitimacy and its flagrant violation of international law.  The irresponsible remarks by Trump, the U.S. president, one more time demonstrated Washington's blind and relentless support for the Israeli occupying regime and its hostile acts."

Following the announcement by Trump, Syria asked the UN Security Council to uphold resolutions urging Israel to withdraw from the region.  In a letter, Syrian Ambassador Bashar Jaafari called on the Council to "take practical measures to ensure that the council is fulfilling... its mandate in the implementation of its resolutions" concerning the Golan Heights.  The council will discuss the issue on Wednesday as it reconvenes to discuss renewing the mandate of the UN peacekeeping force deployed between Israel and Syria in the Golan, known as UNDOF.

Turkish President Tayyip Erdogan said on Friday Trump's statement has brought the region to the edge of a new crisis.  In a speech at a meeting of the Organisation of Islamic Cooperation (OIC) in Istanbul, Erdogan said: "We cannot allow the legitimization of the occupation of the Golan Heights."

Iran's Foreign Minister Mohammad Javad Zarif expressed shock at Trump's plan.  "This illegal and unacceptable recognition does not change the fact that it belongs to Syria," Iran's Foreign Ministry spokesman Bahram Qassemi said in Tehran.  “The Zionist regime, as an occupying regime, has no sovereignty over any Islamic and Arab lands and its occupation (of the Golan) and acts of violation should be swiftly brought to an end."

Qassemi said the only solution to the Golan dispute is to end the Israeli occupation.  He said Trump's "personal and rash decisions reveal yet another reality of U.S. policies that are dangerous to the entire world, and will particularly push this volatile region to successive crises.”  The Islamic Republic, he said, "will closely monitor all future developments in the region and continue its cooperation and consultations with the Syrian government and other countries to take appropriate measures."

Egypt also rejected Trump's remarks, saying it considered the Golan Heights as occupied Syrian land.  The Egyptian Foreign Ministry said in a statement carried by state news agency MENA that "everyone should respect the resolutions of international legitimacy and the United Nations Charter in respect of the inadmissibility of acquiring land by force."

Meanwhile, America's close foreign policy ally Britain said Friday it had no plans to change its stance on the Israeli-occupied Golan.