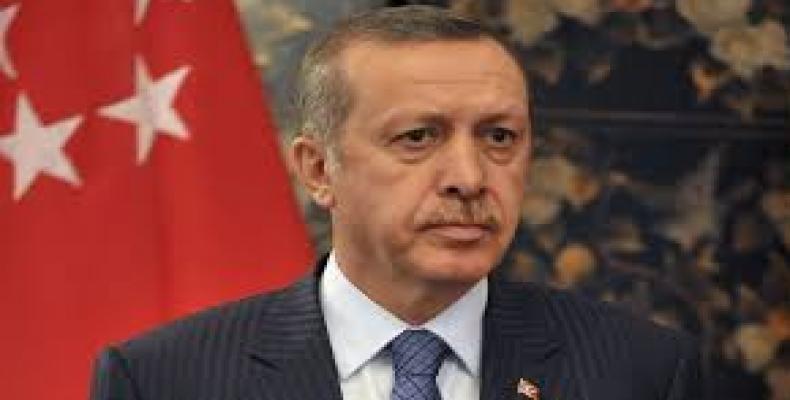 Istanbul, March 26 (RHC)-- Turkish President Recep Tayyip Erdogan has vowed to take to the UN the issue of the Israeli regime’s claim over the occupied Golan Heights, as the U.S. president recognized Tel Aviv’s sovereignty over the Syrian territory.

Erdogan also said U.S. President Donald Trump's position on the Golan Heights was a "gift" to Israeli Prime Minister Benjamin Netanyahu ahead of elections there.  Netanyahu has long pushed for such recognition and many analysts share Erdogan’s view that Trump's Golan Heights announcement was a campaign gift ahead of Israel's legislative elections on April 9th.

The prime minister faces an increasingly tough time ahead as his biggest political opponent overtakes him in popularity and as calls mount for him to resign over looming corruption charges that could effectively end his political career.