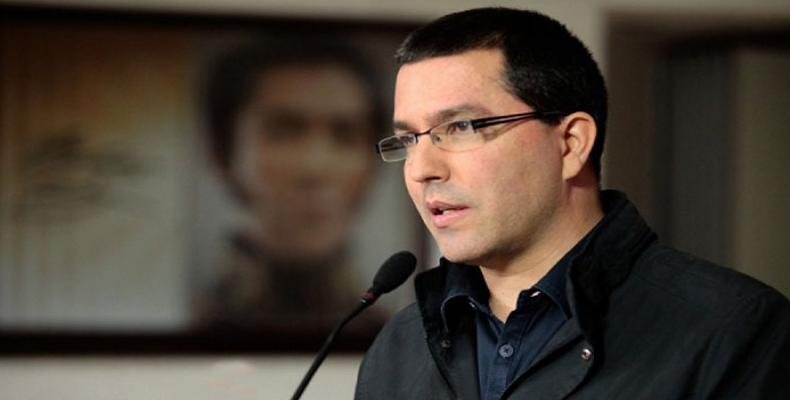 Foreign Minister Jorge Arreaza arrived in Turkey earlier this week and was assured by his Turkish counterpart Mevlut Cavusoglu of Ankara’s support for Venezuela in the face of U.S. pressure.  “It should not be in a way that ‘I am a big country and I can determine entire rules,’” Cavusoglu said, referring to Washington’s sanctions against Venezuela and its efforts to oust Maduro, Turkish paper Hurriyet reported.

On Tuesday, the top Venezuelan diplomat traveled to Lebanon on a two-day visit.  Lebanese President Michel Aoun received him at the presidential Baabda Palace in Beirut.  Arreaza, who conveyed a message from Maduro to Aoun, also met with his Lebanese counterpart Gebran Bassil.

He was also slated to meet with Lebanese Prime Minister Sa’ad Hariri, Lebanese news portal Naharnet reported.  According to Lebanese daily al-Joumhouria, he will also be holding a meeting with the Hezbollah resistance movement’s Secretary General Seyyed Hassan Nasrallah.

The Venezuelan foreign minister, meanwhile, expressed satisfaction with the visits to the countries in remarks to Prensa Latina.  “They are two countries that respect international law and with which there are friendly and fraternal relations,” the news agency cited him as saying.

The visit to Lebanon “opens a new stage in bilateral ties with the possibility to expand economic cooperation, especially Venezuela's advisory in the country's energy sector,” the agency added, citing the top diplomat.

Also in January, the U.S. took the lead in recognizing Guaido as Venezuela’s president after the head of the opposition-ruled Congress named himself the country’s interim chief executive.  Washington has been pressuring other countries into following suit and has not ruled out using the military option to oust Maduro’s government.