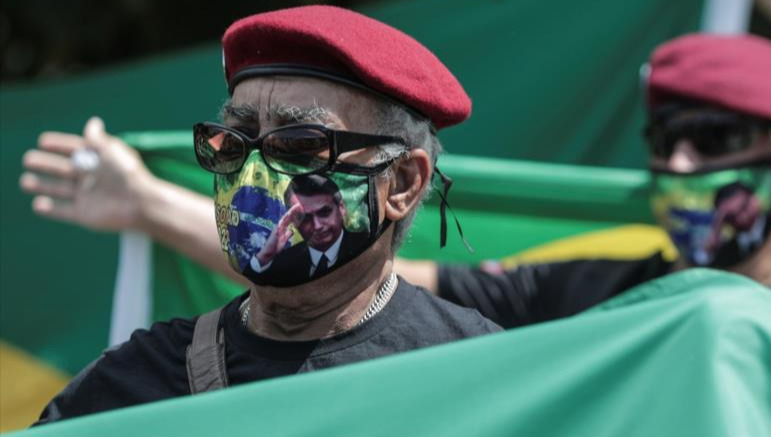 Several militias have emerged in the city of Rio de Janeiro and several other metropolitan areas, which might be defined as 'shadow armies'

An investigation conducted by research groups from two Brazilian universities reveals that over the past several decades, several irregular militias have emerged in the city of Rio de Janeiro and several other metropolitan areas, which might be defined as real 'shadow armies.'

The document was prepared with the cooperation of the Federal Fluminense University and that of Rio de Janeiro and shows how, with the indifference or complicity of the authorities, a hidden but implacable power that dominates the lives of millions of people has been building.

The report was originally published in January, but are now gaining relevance in the international press, especially after President Jair Bolsonaro's threats to militarize the country if the governors insist on restricting the mobility of people to contain the COVID-19 virus.

This past weekend, people took to the streets, without any kind of protection, to proclaim their support for the president in a so-called Crusade for Freedom of Movement, which is what has placed Brazil on the verge of collapse due to the health crisis.  Some 15 million infections and more than 400,000 dead are the result of Bolsonaro's foolish 'free movement' choices.

Many of those who demonstrated in Rio de Janeiro are members of the irregular militias, created by former police or military, firemen, non-commissioned officers of the armed forces, gang members and even drug traffickers.

They finance themselves in a variety of ways, ranging from the forced sale of protection to small and medium-sized businesses, to the control of essential services in the favelas, such as drinking water, electricity, gas and transportation.

But the main source of income is, surprisingly, the dominance of the real estate market.  In the western part of the city of Rio and in several municipalities of the metropolitan area, these groups have appropriated a great deal of land and are in charge of the construction, rental or sales.

The authors of the document point out that the assassination of Councilwoman Marielle Franco was due to her struggle against these dirty businesses.

To have and maintain this power, the militias count with the support of several politicians, parliamentarians and councilors, but most importantly, they enjoy the sympathy, and perhaps even more, of President Bolsonaro.

The investigation refers to the digital platform Pista News, which states that the militias control 56.8% of the territory of Rio de Janeiro, where a population of 2.18 million people, a third of the total, live under the armed domination of these groups.

This is a dangerous cancer that could spread throughout the country and must be cut out now before it becomes terminal.