American Association of Jurists rules &quot;Lula is a political prisoner&quot; 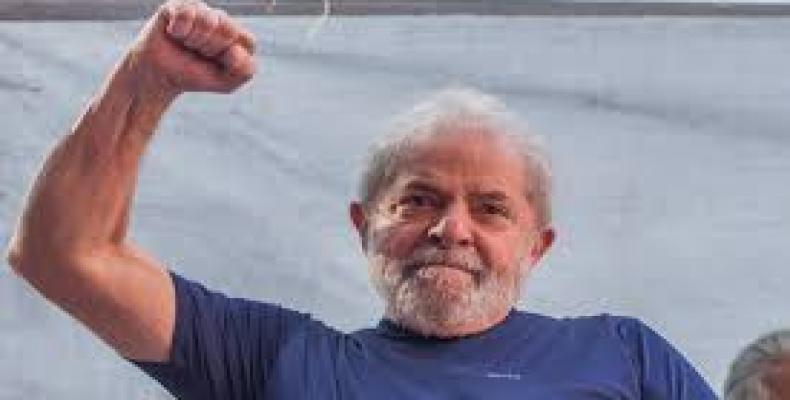 The AAJ statement says that Lula's sentence "was issued as a consequence of an accusation produced by violating the due process of law, that prejudiced (his) right to a defense, and without evidence.  The jurists association pointed out that Brazilian far-right politicians, "benefited in the elections while Lula da Silva was isolated (in prison) as a presidential candidate and had the broadest popularity in the electoral polls."

The AAJ, which already denounced Lula's 12 year sentence at the 2018 UN Human Rights Council general session, saying that Brazil's Superior Electoral Tribunal invalidated his candidacy for the presidency, forbade him to speak from prison and prevented the Workers' Party (PT) from using his image in the electoral campaign. These measures were taken despite the fact that the country's constitution guaranteed Lula the presumption of innocence.

"Such conditions demonstrate a detention that was made by violating fundamental guarantees, endorsing clearly political motivations, lacking connection with a properly and well defined offense, and having a duration and accessory penalties which are aimed at both moving Lula da Silva away from the national political process and laying foundations to discriminate against people endorsing different ideological tendencies through irregular procedures," the AAJ explained.

According to the Council of Europe's jurisprudence, this makes Lula a political prisoner.  His current situation could also be described as a case of "prison of conscience," affirms the AAJ.    "Today men of good will seek and demand the immediate freedom of our friend Lula, unjustly imprisoned.  We trust justice will triumph."

Evidence of the mishandling of Lula's case became evident March 4, 2016 when Curitiba's Judge Sergio Moro authorized searching the former president's apartment because he was considered "a likely suspect" of money laundering and corruption.  This raid began a "lawfare on Lula", using the judicial system, supported by Brazil's mainstream media, to eventually indict him September 20 for allegedly receiving bribes from Odebrecht construction company in the form of remodeling of a three-floor beach apartment.

In May 2017, Lula was allowed to provide his first testimony in the so-called 'Triplex Case', which showed he did not own any such apartment. Nevertheless, on July 12th, Moro condemned Lula to nine years and six months in prison.

Six months later, January 24, 2018, Curitiba's Federal Court sentenced Lula to 12 years in prison with no time to appeal just when all the polls indicated that he was the favorite to win the presidential elections.

In January 2019 after far-right politician Jair Bolsonaro won the Brazilian presidency, he appointed Sergio Moro as his Minister of Justice.