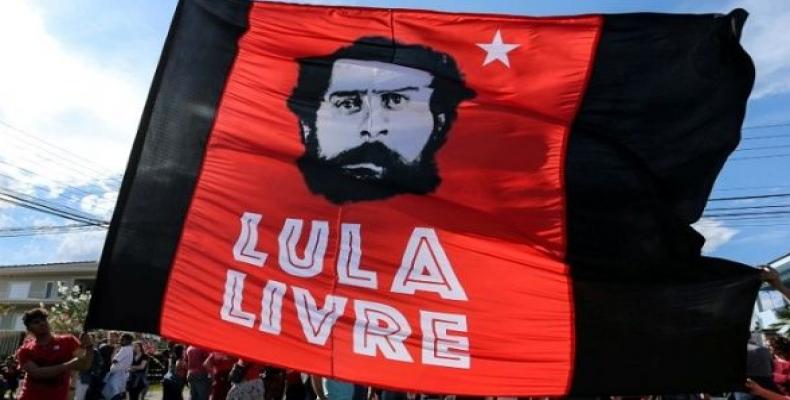 On Sunday morning, Appeal Court Judge Rogerio Favreto ordered Lula's immediate release as a response to a Habeas Corpus request by his lawyers.  The trial court judge Sergio Moro tried to suspend the resolution, despite being on vacation and not having legal authority to do so.  Also, Appeal Judge Joao Pedro Gebran Neto, who is in charge of the Lula case but also on vacation, said Favreto's decision must not be accepted.

However, Favreto stood his ground and later issued another decision affirming that he had full authority to accept the Habeas Corpus filed by his lawyers to the appeal court weeks ago.  He said the police had one hour to release Lula, and stressed that Moro should be arrested for failing to comply with an order by a higher court.

The judicial battle was concluded, at least for the time being, when Regional Court President Judge Thomson Flores ruled that the case returns to Judge Gebran and therefore his decision to keep Lula in prison remains valid.

Supporters of Lula from across the country started to gather in Curitiba, where he is being held.  In the end, Favreto's rule was ignored and the former president remains in prison.

To back its prisoner of consciousness declaration, the foundation cited “the total absence of genuine and unequivocal evidence, the violation of the corresponding process, the lack of guarantees for the accused defense team and the evident hostility from some of the judges against the accused.”