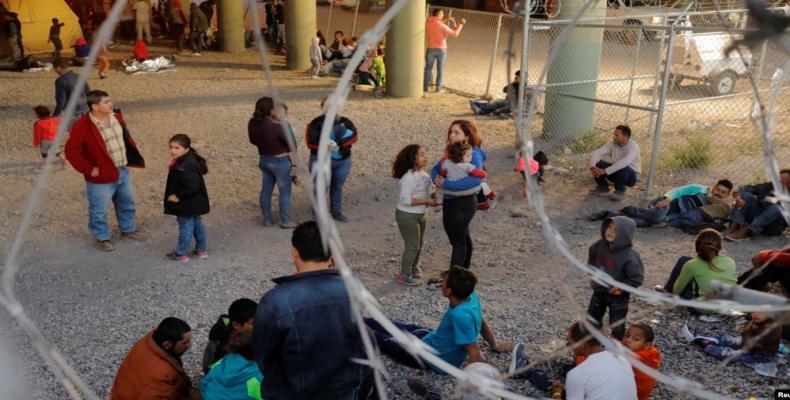 El Paso, June 27 (RHC)-- In the United States, the Associated Press is reporting some 250 infants, children and teenagers have been locked up for up to 27 days without adequate food, water and sanitation at a Border Patrol station near El Paso, Texas.

One local lawyer said a sick 2-year-old boy was being treated by three girls between the ages of 10 and 15 because no one else was helping him.  Children have reportedly been fed uncooked frozen food or rice and have gone weeks without bathing or clean clothes.

Attorney Holly Cooper said: "In my 22 years of doing visits with children in detention, I have never heard of this level of inhumanity."

This comes as the Donald Trump administration argued this week in federal court that the government is not required to provide toothbrushes, soap or beds to children detained at the border.

Justice Department attorney Sarah Fabian made this argument before a three-judge panel of the 9th U.S. Circuit Court of Appeals in San Francisco this week.