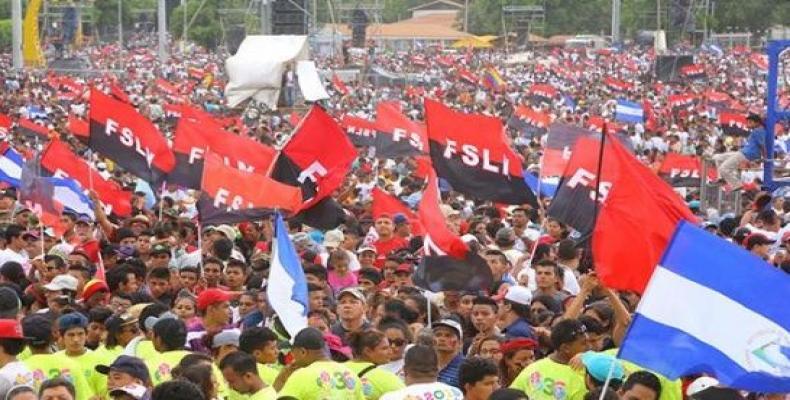 The anniversary is being celebrated with a mass rally at Plaza de la Fe Plaza in Managua that will be addressed by Revolution leader, President Daniel Ortega.

Some 500 foreign guests are in attendance, among them a high-level Cuban delegation headed by First Vice President Salvador Valdes Mesa.

The Sandinista National Liberation Front (FSLN) came to power after overthrowing Anastasio Somoza's dictatorship, and it undertook a series of profound changes for the benefit of Nicaraguan people.   From 1990 through 2006, Nicaragua was governed by right-wing parties, supported by the United States, and the Sandinistas returned to power in 2007, after Ortega's triumph in the presidential elections.

The transformations undertaken by the Sandinista government have been notable in sectors such as health, education and the fight against poverty.

Those achievements are reflected in social aspects such as the reduction of poverty, the expansion of the national electricity network and the increase of security, becoming the safest country in Central America.

In the area of health, Nicaragua has increased its healthcare network with 18 hospitals, two national hospitals, a departmental hospital and 13 primary hospitals built in the last 12 years.   Overall poverty in Nicaragua was at 48 percent, the Sandinista government has reduced it to 24 percent, while extreme poverty was reduced from 20 percent to 6.3.

During the administration of President Daniel Ortega, since 2007, the minimum wage has doubled.   Foreign direct investment rose from $256 million to $1500 million and it should be noted that Nicaragua does not contribute to the exodus from the countries of the northern triangle to the United States.