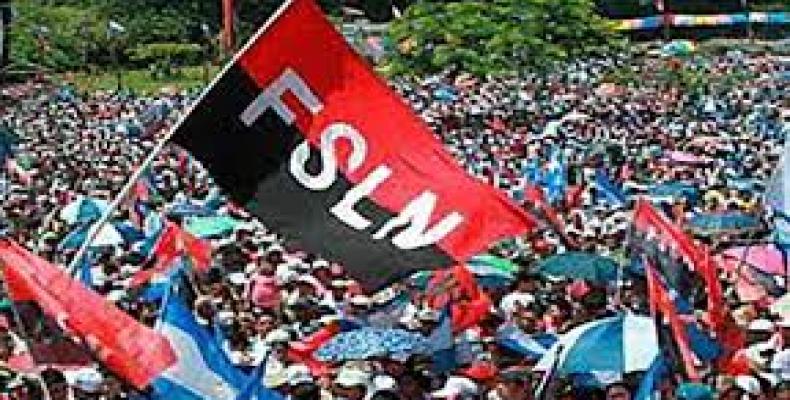 Managua, July 19 (RHC)-- On a day like today in the year 1979, the revolutionary forces of the Frente Sandinista de la Liberacion Nacional, the FSLN, rode into Managua on top of tanks, cars and trucks.  The Sandinistas celebrated the overthrow of Central America's most bloody dictatorship, the Somoza dynasty, after many long years of fighting and brutal repressive attacks against the Nicaraguan people.

And today, 42 years later, the victory of the Popular Sandinista Revolution of Nicaragua is being celebrated in Central America and around the world.

With the victory in 1979, the Sandinista National Liberation Front (FSLN) came to power led by President Daniel Ortega, who undertook a series of profound changes for the benefit of the Nicaraguan people.

Although there was a 12-year period -- from 1990 to 2006 -- during which right-wing parties, supported by the United States, governed the country, the Sandinistas returned to power in 2007, after Ortega's victory in the presidential elections.

From 1990 to 2006, a period of neoliberal governments, there was a regression, a suspension and freezing of human, social, individual and economic rights.  But after 2007, when the Sandinista Front took power, the process of restitution of rights began, returning the rights that had been established in the Constitution in force since 1987.

According to political observers, the transformations undertaken by the Sandinista government have been remarkable in sectors such as health, education, the fight against poverty, extreme poverty and malnutrition, in the construction of highways and roads, in addition to successful productive policies.

Since the FSLN came to power in 1979, health was declared to be free for all the people of Nicaragua, thus changing the model of care in this area that resulted in the elimination of Poliomyelitis in 1982, and diseases such as whooping cough and measles were controlled.

Nicaragua has been growing at a galloping pace, an annual average over the last 10 years of 5 percentage points of GDP.  Overall poverty in Nicaragua was at 48 percent, the Sandinista government had reduced it to 24 percent, while extreme poverty was reduced from 20 percent to 6.3.