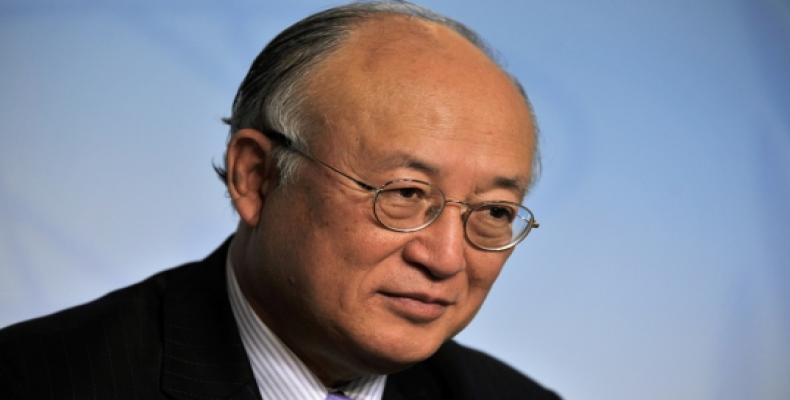 Vienna, July 22 (RHC)-- The Director General of the International Atomic Energy Agency (IAEA), Yukiya Amano, has died at the age of 72.   He led the IAEA since 2009, and was due to step down in March because of an unspecified illness.

During his tenure, he oversaw a period of tense negotiations regarding Iran's nuclear program

The Japanese national had taken over from Mohamed ElBaradei a decade ago and his third term was due to run until November 2021.

"The Secretariat of the International Atomic Energy Agency regrets to inform with deepest sadness of the passing away of Director General Yukiya Amano," the IAEA statement said.

Amano was in Cuba on an official visit as recently as May, and at that time was received by Cuban President Miguel Diaz-Canel.