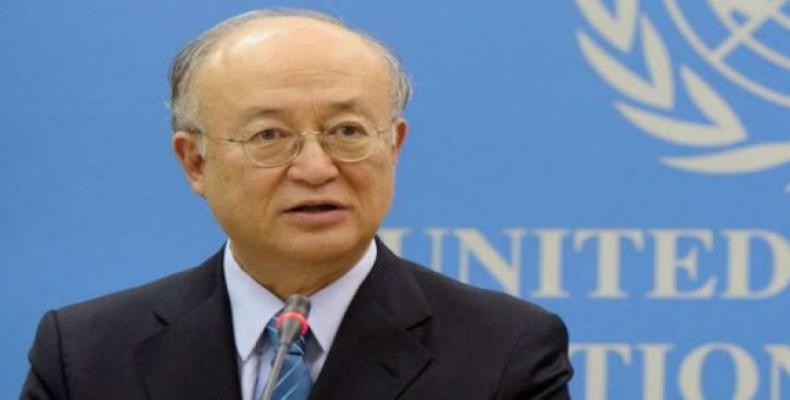 Havana, May 15 (RHC) The Director General of the International Atomic Energy Agency (IAEA) Yukiya Amano, is arriving in Cuba for an official visit.

During his stay, Mr. Amano will hold meetings with local authorities and next Monday he will attend the opening of the 20th Meeting of the Technical Coordination Body (OCTA) of the Regional Cooperation Agreement for the Promotion of Nuclear Science and Technology in Latin America and the Caribbean (ARCAL).

The event will run from May 20-24 at the Meliá Marina Varadero Hotel, in the province of Matanzas.

ARCAL is an intergovernmental agreement that seeks to enhance technical and economic cooperation in order to promote the use of nuclear technologies for peaceful purposes in sectors such as agriculture, health, and environmental protection.

Twenty-one countries from the region currently participate in the agreement

In the meeting next Monday, Cuba will assume the presidency of ARCAL for two years with the commitment to continue cooperating in the training of human resources, the promotion of nuclear applications and boosting a safety culture in the region.