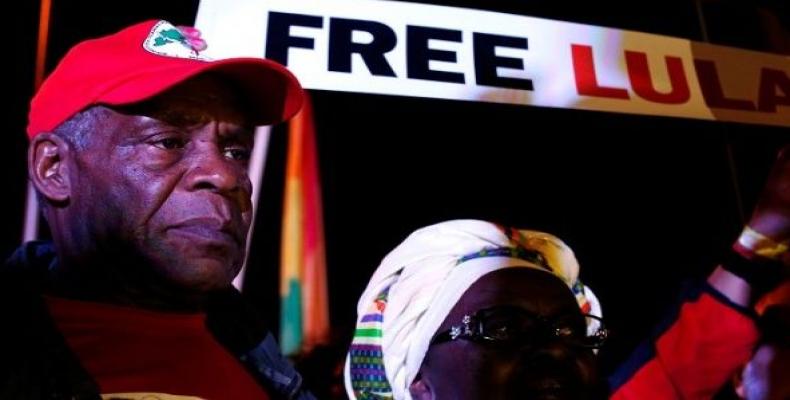 Brasilia, June 27 (RHC)-- Brazil's Supreme Court of Justice (STJ), has denied former Brazilian President Luiz Inacio Lula da Silva and his defense team's request to suspend his imprisonment and allow him to remain free until the final judgment of his corruption case.

Judge Edson Fachin announced the decision not to examine Lula's request, canceling the court session scheduled on Tuesday.  It followed a similar decision issued earlier by the Federal Regional Tribunal of the 4th Region.  The Workers' Party hoped that Lula would be released or at least that his imprisonment could be converted into house arrest so he could have initiated the campaign for the presidential elections due in October.

Despite his conviction and imprisonment, events that many legal experts and observers attribute to lawfare and to a salacious mainstream media campaign, Lula has topped every 2018 electoral poll conducted by Vox Populi, Ibope, Datafolha, Data Poder 360, Instituto Parana, the National Confederation of Transportation/MDA and Ipsos.