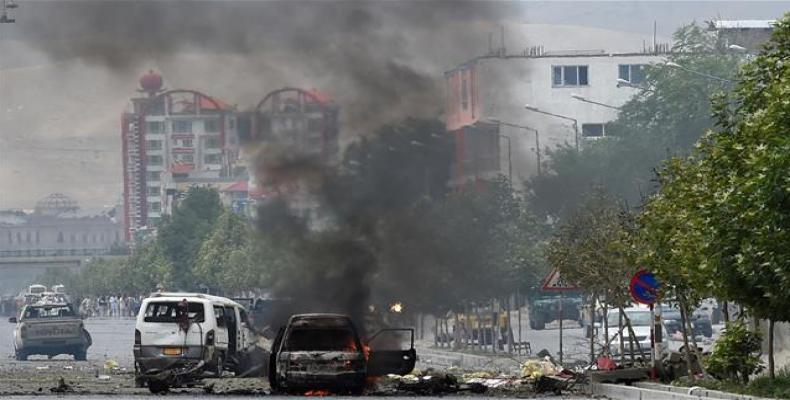 Kabul, January 21 (RHC)-- A huge bomb explosion hit an area near the Russian embassy in the Afghan capital city of Kabul, killing at least seven people.

The car bomb blast which took place on Wednesday also injured more than 20 people including women and children. Officials and sources with the popular Afghan TV channel TOLO said a vehicle carrying employees of the media organization was the blast’s target.

There was no immediate claim of responsibility for the deadly attack that came two days after a second round of international talks was held in Kabul to lay out the ground for peace negotiations between the Taliban and the Afghan government.

Kabul has seen at least six explosions since the start of the New Year. A rocket struck near the Italian embassy in the capital on Sunday, leaving two security guards injured.

On Monday, representatives from Afghanistan, Pakistan, China and the United States gathered in the city for a meeting to find a negotiated resolution to the 14-year Taliban militancy in Afghanistan.