At least 95 people wounded in car bomb blast in Kabul 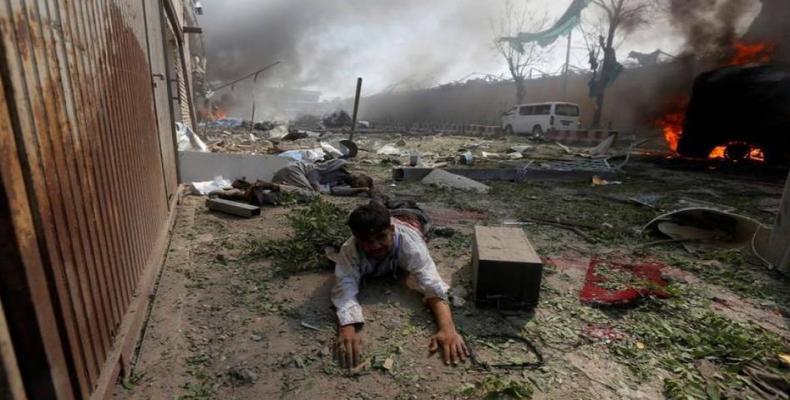 Kabul, August 7 (RHC)-- A large car bomb explosion outside a police station in the Afghan capital, Kabul, has left at least 95 people wounded.  The blast occurred during the morning rush hour on Wednesday shortly after an explosive-laden vehicle stopped at a checkpoint outside the police station in a busy neighborhood in western Kabul, according to Afghan Interior Ministry spokesman Nasrat Rahimi.

Health Ministry spokesman Wahidullah Mayar said at least 95 people, mostly civilians and including women and children, had been taken to hospital.  “I heard a big bang and all the windows of my shop broke with glass flying everywhere,” a witness said.

“The nature of the incident seems to be a complex attack against the police headquarters of Police District 6.  The blast also caused massive destruction,” said a local resident.  According to witnesses, small-arms fire could also be heard following the explosion.

The Taliban militant group claimed responsibility for the bombing, which is the latest in a series of attacks that rocked the country despite ongoing peace talks between the militants and the United States.

The Taliban have reportedly pledged in their talks with the U.S. to keep Afghanistan free of terror in the future, even as they have been committing high-casualty attacks.  The group has also threatened to attack presidential election campaign rallies, which it has called “potential targets.”

The Taliban’s five-year rule over at least three quarters of Afghanistan came to an end following the U.S. invasion of the country in 2001; but 18 years on, they cannot be removed and Washington is trying to reach a truce with the militants.

U.S. military forces have remained bogged down in Afghanistan through the presidencies of George W. Bush, Barack Obama, and now Donald Trump.