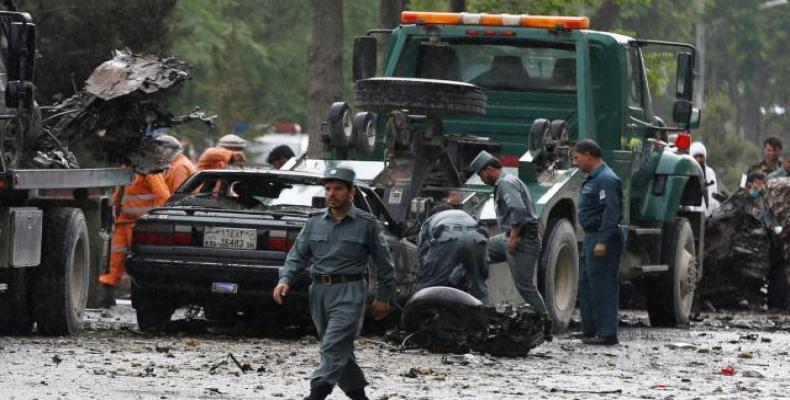 Kabul, May 4 (RHC)-- An explosion shook an area near the U.S. embassy in Afghanistan on Wednesday.  At least eight Afghan civilians were reportedly killed and 23 others wounded, including three U.S. soldiers.

The blast occurred not far from the U.S. embassy and a compound used by the NATO-led Resolute Support mission.  No group has claimed responsibility for the attack as of yet.  But, the explosion came several days after the Taliban announced their so-called "spring offensive," in which they vowed to target foreign troops.

Last month, Kabul officials endorsed U.S. General John Nicholson's call for the deployment of additional coalition troops in Afghanistan to help to fight the terrorist group.  A recent UN report showed that the Kabul province had the highest number of civilian casualties in the first quarter of the year due to attacks in the capital.  The body had called on all groups to "take every measure possible to prevent unnecessary and unacceptable harm to Afghan civilians."