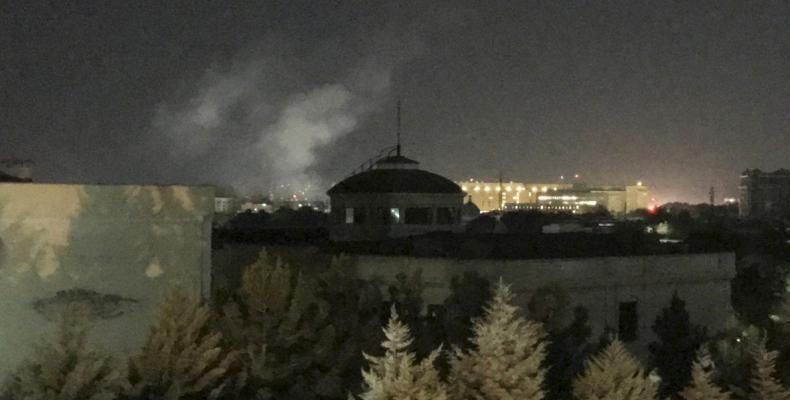 Kabul, September 11 (RHC)-- A large explosion went off in the vicinity of the U.S. Embassy in Kabul, the capital of Afghanistan, moments after midnight on the anniversary of the 9/11 terrorist attacks.

Footage from the scene shows a column of smoke early Wednesday morning, thought to be near the U.S. Embassy in Kabul’s “Exclusion Zone.”  The Afghan Defense Ministry said a rocket hit an “external wall” near its headquarters, but confirmed no casualties.

A U.S. Embassy official has confirmed the blast to reporters, but had no further details.  Some reports said ambulance sirens could be heard in the area around the embassy.