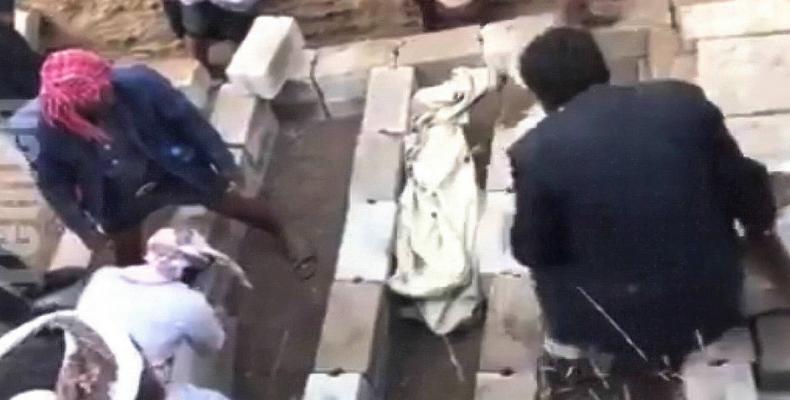 Sanaa, September 27 (RHC)-- Officials in Yemen say seven children were among 16 people killed when a Saudi-led coalition airstrike tore through a residence in a Houthi-controlled province in Yemen’s southwest.

Graphic video posted on social media showed the remains of children’s bodies, and residents burying victims in a mass grave.  The latest deadly attack on civilians by the U.S.-supported coalition comes less than a week after Houthi rebels claimed responsibility for an attack on a Saudi oil facility.

Houthi leaders have offered to halt missile and drone attacks on Saudi Arabia in exchange for a similar ceasefire.