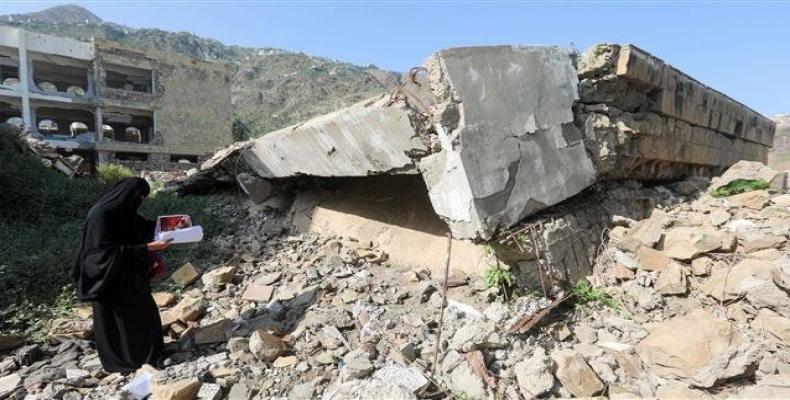 Sanaa, October 16 (RHC)-- In Yemen, at least 19 people have been killed and another 30 people injured as a U.S.-supported, Saudi-led airstrike struck a convoy of buses full of civilians fleeing an assault on Yemen’s port city of Hodeidah.

Among the dead were women and children, including five members of the same family.  A similar U.S.-supported assault on Yemen in August killed 51 people, including 40 children.

The United Nations has warned the Saudi-led bombing campaign has brought 13 million people to the brink of starvation, as Yemen’s food crisis could soon become the world’s worst famine in a century.