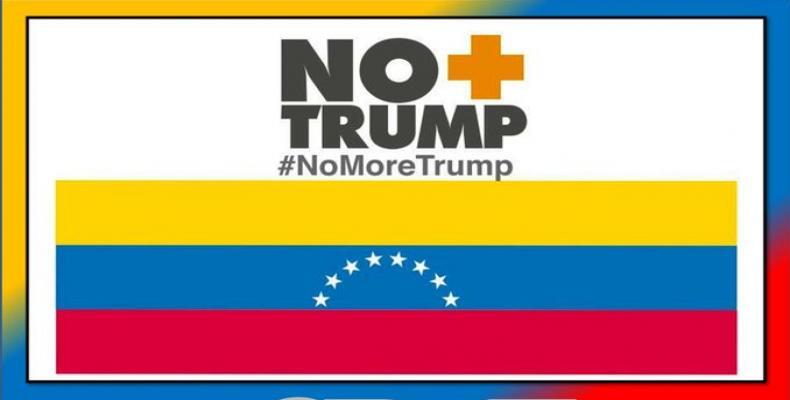 United Nations, September 29 (RHC)-- Venezuelan Vice President Delcy Rodriguez handed to United Nations General Secretary Antonio Guterres the more than 13 million petitions signed from around the world for the #NoMoreTrump campaign during a side meeting at the 74th general assembly taking place in New York.

In a press conference held before meeting with Guterres, Rodriguez reminded reporters that the signatures were collected during a month-long campaign against the United States government's full economic blockade on Venezuela that began August 5th.  The signatures "will be held at the UN headquarters in Venezuela,” the vice president said.

During her Friday speech to the high-ranking assembly members, Rodriguez stated that the U.S. has placed "over 350 unilateral coercive measures on Venezuela, including the seizure of Venezuelan assets abroad."  She stated that "the brutal financial blockade" has cost the nation up to $130 billion "and is a blatant theft of our resources."

Previously, the Venezuelan leader said of the #NoMoreTrump campaign: “The petition is the expression of the will of a people who want peace, progress, tranquility and above all want to guarantee a free and sovereign homeland.”

The Boliviarian vice president told the secretary general about the paramilitary camps located in Colombia, and gave him a copy of the agreement between President Nicolas Maduro and opposition sectors at the National Dialogue Table for Peace.