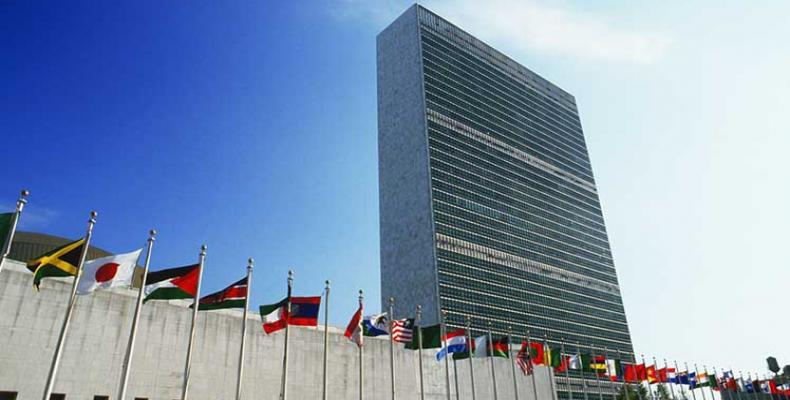 Caracas, September 22 (RHC)-- The Venezuelan delegation at the 74th United Nations General Assembly will denounce the U.S. blockade and present evidence on the Colombian government's ties with paramilitary and criminal groups.  And the Venezuelan delegation will also present the millions of signatures gathered from the international campaign 'No More Trump.'

Venezuela’s Vice President Delcy Rodriguez and Foreign Minister Jorge Arreaza were appointed by President Nicolas Maduro to represent the nation at the 74th Session of the United Nations General Assembly, which gets underway this week.  Although the international summit began last week with ministerial meetings, the high-level gatherings are set to take place beginning on Tuesday.

During the international meeting, the Venezuelan representatives will deliver a letter to U.N. Secretary-General Antonio Guterres with more than 13 million signatures collected as part of the 'No More Trump' campaign, which sums up the global rejection of the unilateral economic blockade against the Latin American nation.

As one of the main issues on the delegation's agenda, the diplomatic staff will also present evidence of Colombian President Ivan Duque's support of paramilitary groups, an official statement released on their website confirmed.  The evidence refers to Duque's protection of several organizations intending to undermine the Venezuelan government and people.

The Venezuelan delegation will also expose evidence of opposition lawmaker Juan Guaido's links to the Colombian criminal paramilitary group 'Los Rastrojos' -- ties which were confirmed by one of the members of the group who testified after being captured by Venezuelan authorities.