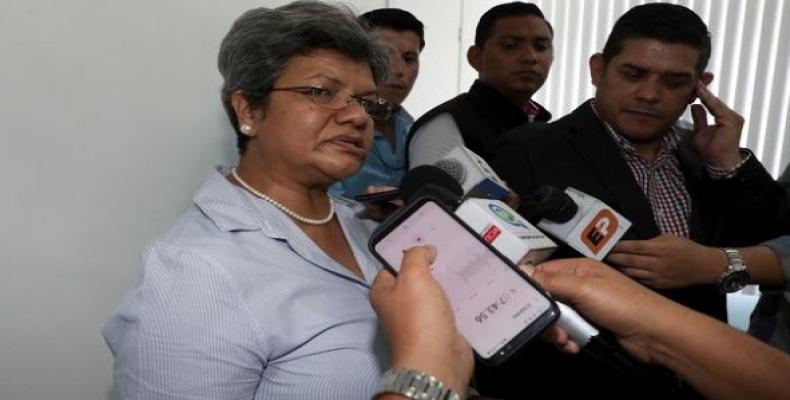 United Nations, September 30 (RHC)-- The United Nations High Commissioner's Office for Human Rights says it was especially concerned about the death threats against Honduran journalist Sandra Maribel Sanchez and asked authorities there to investigate the case.

The UN agency urged authorities to "carry out an exhaustive investigation" into the incident and expressed "its support and solidarity" with the journalist and human rights defender.

Sanchez who is a reporter at Radio Progreso that is run by “La Compañia de Jesus” said that her life was threatened by a man who "put a gun to her head" when she arrived home in Tegucigalpa after work Thursday evening.

The reporter was getting out of her vehicle and reaching for her backpack in the backseat when she felt an object touching her head.  "When I turned around, it was a man pointing a gun at me, which I think was a nine millimeter," she emphasized.  Sánchez said he didn't see the man's face, but doesn't think the threat was to rob her, because he didn't take anything.

The journalist said she can't specify who attacked her, but believes it was prompted by her critical view of the Honduran state and the nation's Secretary of Security.  At least 79 Honduran journalists have lost their lives since 2001 in attacks possibly related to their work.  As many as 92 percent of those crimes have gone unsolved, according to data from the Honduran Human Rights Commissioner.