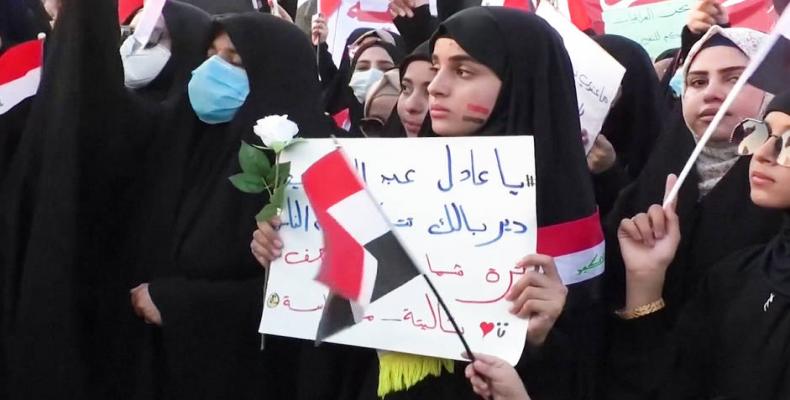 Baghdad, October 31 (RHC)-- Anti-government protests are continuing in Iraq, where tens of thousands of people marched on Baghdad’s Tahrir Square demanding the removal of the government.

At least 225 people have been killed in the Iraqi government’s crackdown against the protests, which erupted earlier this month over corruption, mass unemployment, and the lack of basic public services.

Al Jazeera reports Iraqi Prime Minister Adel Abdul Mahdi may soon be ousted, after his two main political backers, Muqtada al-Sadr and Hadi al-Amiri, agreed to work together to remove Madhi from office in response to the growing protests.