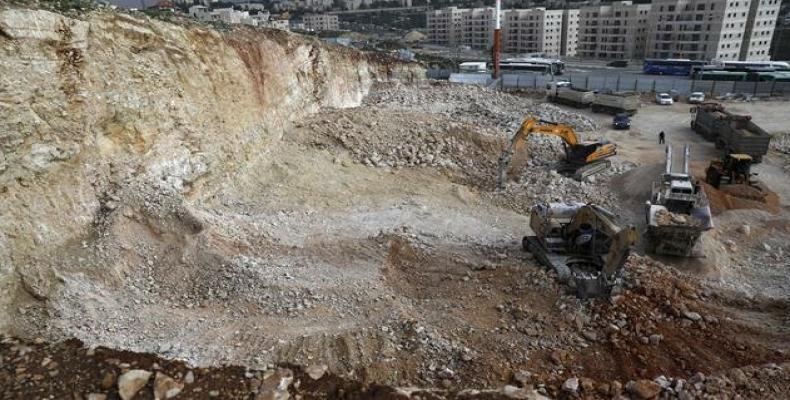 Ramallah, November 1 (RHC)-- Israeli authorities plan to confiscate hundreds of acres of private Palestinian land in the southern part of the occupied West Bank, as the Tel Aviv regime goes ahead with land expropriation and settlement construction policies in violation of international law and UN Security Council resolutions.

Abdul Hadi Hantash, a Palestinian expert on settlement issues, pointed to the existence of an old Israeli military order, issued back in 1996, to seize around 250,000 dunams (61776.34 acres) of Palestinian land, stretching from the southern countryside of the city of Ariha to the town of ad-Dhahiriyah, situated 23 kilometers southwest of the city of al-Khalil in the southern West Bank, for a settlement expansion project known as Alon.

The UN Security Council has condemned Israel’s settlement activities in the occupied territories in several resolutions.

Less than a month before U.S. President Donald Trump took office, the United Nations Security Council in December 2016 adopted Resolution 2334, calling on Israel to “immediately and completely cease all settlement activities in the occupied Palestinian territories, including East Jerusalem” al-Quds.

Palestinians want the West Bank as part of a future independent Palestinian state with East Jerusalem al-Quds as its capital.

The last round of Israeli-Palestinian talks collapsed in 2014. Among the major sticking points in those negotiations was Israel’s continued settlement expansion on Palestinian territories.