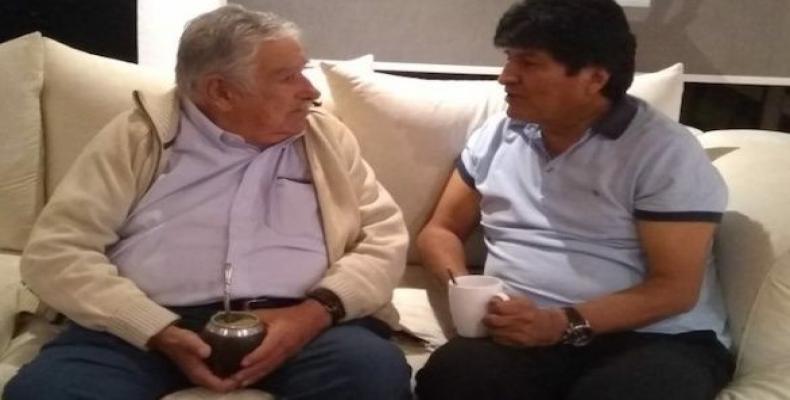 Mexico City, December 5 (RHC)-- Former Uruguayan President Jose "Pepe" Mujica visited with Evo Morales, Bolivia's constitutionally-elected president who is in exile in Mexico City.  Mujica spoke with reporters following his meeting with Evo and strongly condemned the line adopted by the Organization of American States (OAS) in the coup d'état in Bolivia.

Evo Morales commented on Twitter about the meeting with the popular Uruguayan ex-president, who is in Mexico City in order to participate in an international seminar, and to take part in celebrations for the anniversary marking the first year in office of President Andres Manuel Lopez Obrador.

"I received the visit of brother Pepe Mujica, former president of Uruguay and a tireless social fighter for the dignity of our peoples.  I appreciate your solidarity with our dear Bolivia in these moments," tweeted Evo.

Regarding his meeting with Morales, currently exiled in this country, the former Uruguayan president stated:  "I went to give Morales an embrace.  Those of us who have been presidents do not stop being human and have feelings like any neighbor's son."