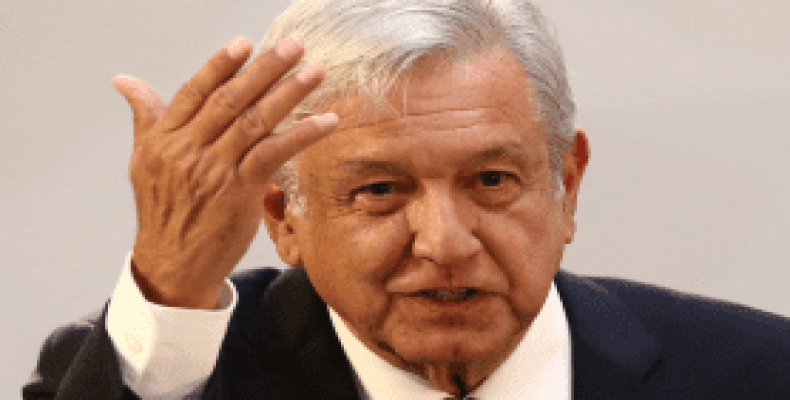 “We defend people´s self-determination and non-intervention principles.  Mexico's position towards that has always been in favor of the independence of every nation”, President Andres Manuel Lopez Obrador stated when asked about Puerto Rico's independence.

AMLO recalled that his country has always defended the principle of independence at United Nations and international forums, and will continue this tradition: “We also respect each country policy. We are never going to agree with any invasion.  We had suffered invasions and we don’t want that for anyone.  There's no right to privilege any force of any country above others.”
AMLO ended by stating that the Aztec country is open to solidarity, mutual agreements between nations, especially, with Latin America and the Caribbean people, including Puerto Rico. “We love deeply our sister nation of Puerto Rico,” he expressed.

Later on, Puerto Rican documentarist Tito Roman Rivera, who pitched the question initially, commented on AMLO´s response: “We celebrate the support of new Mexican government to our independence cause.  It´s about time that the whole world claims the U.S. government for all the damage for imposing this unfair colonial condition for over 121 years.”

A few days earlier, Mexican Foreign Minister Marcelo Ebrard expressed during his speech at the 74th session of the UN General Assembly that Mexico´s role in the international arena is based on a “non-intervention, popular self-determination and pacific solutions of controversies.”