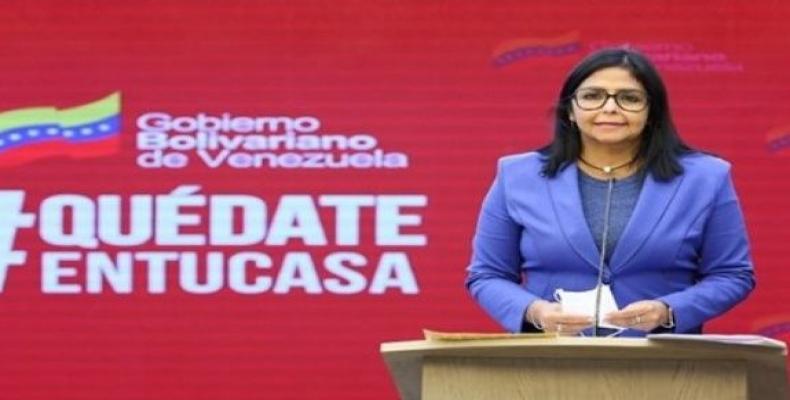 "Today another attack was conducted against the National Electric System (...) Fortunately, the service was recovered nationwide," the vice president said.  Likewise, Rodriguez indicated that despite the constant attacks against Venezuela, its government will continue to guarantee peace and stability.   "We will continue to win, the Venezuelan people are growing in the face of difficulties," she said.

"The Venezuelan people have bravely resisted the vicious aggression of (U.S. President) Donald Trump and (Colombian President) Ivan Duque against our people, with the complicity of extremist opposition sectors. Enough is enough!" said Rodriguez.

On Sunday, the government reported that the Bolivarian National Armed Force (FANB), together with the Special Actions Forces (FAES) of the Bolivarian National Police, neutralized a maritime incursion by an armed group of 13 people who tried to infiltrate the country and attack high executive officials, including President Nicolas Maduro.

The armed group from Colombia carried out their failed maritime incursion using speedboats from the coasts of Macuto, located in the northern state of La Guaira, to destabilize the nation and carry out a coup.

The country’s Minister of Communications of Venezuela Jorge Rodriguez announced the detention of all those involved in the terrorist action.