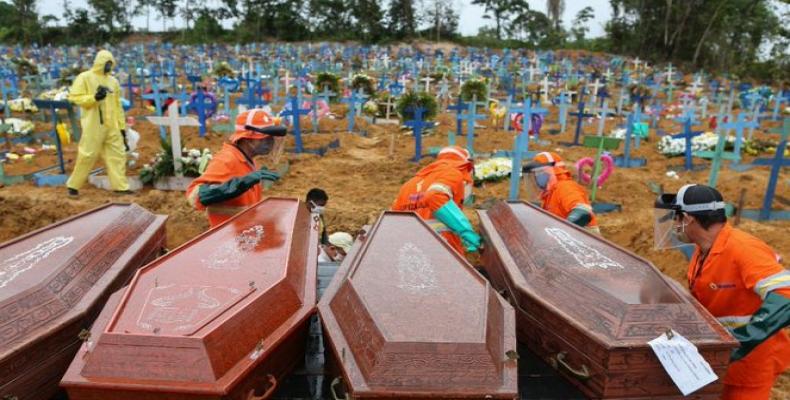 Brasilia, September 11 (RHC)-- The number of confirmed coronavirus infections has now topped eight million in Latin America, the region with the most infections in the world, although there were indications the spread of the virus was slowing in some countries.

Over the past week, the daily average of cases in the region fell to a little over 67,000 from 80,000 in the previous seven days, according to a tally by the Reuters news agency.

Brazil, suffering the worst outbreak in the region, stayed atop the Latin American tables for coronavirus cases and deaths, recording a total of 4.2 million infections and more than 128,000 deaths.

In Peru, the confirmed COVID-19 death toll has reached 30,000 — Latin America’s third highest after Brazil and Mexico.  But the true toll could be more than double the official number, with over 68,000 more deaths recorded across Peru this year compared to 2019.  Residents of the capital Lima are reporting large gatherings and lapses in social distancing measures.

One resident of Lima told reporters: “People think that coronavirus is a joke. This is something they don’t believe. They think it’s a smokescreen.  I have family members who have died because of COVID, so this is not a game. This is real.”