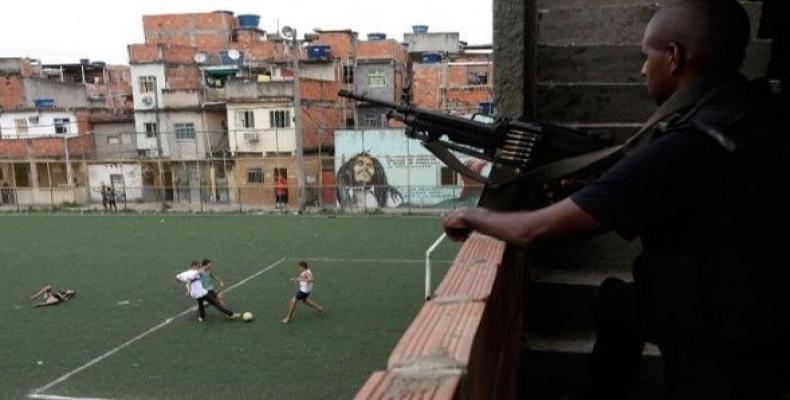 Brasilia, May 3 (RHC)-- Despite recent statements by the Community of Latin American and Caribbean States (CELAC), the Caribbean Community (CARICOM) and other regional organizations declaring Latin America a zone of peace, over 2.5 million people have been murdered in Latin America since the year 2000.  The startling numbers were released by the Igarape Institute, a Brazil-based think-tank focused on security and development issues.

“The sheer dimensions of homicidal violence are breathtaking,” the report noted. Despite having just eight percent of the world's population, Latin America is home to a whopping 33 percent of worldwide homicides.

Twenty-five percent of all global homicides are concentrated in four countries – Brazil, Mexico, Colombia and Venezuela – all of which are preparing for presidential elections this year, according to The Guardian.

Robert Muggah, one of the authors of the study, said “The overall trend right now in Latin America is one of increasing homicides and deteriorating security. Latin America is a large area and there are lots of variations. But as a region – including Mexico down to Central America and South America – the rate of homicide is set to continue increasing up until 2030. The only other places we are seeing similar kinds of increases are in...some war zones.”

For example, over the past two decades, Mexico has been breaking every year’s record in the number of murders in the country and 2018 is on its way to become the deadliest.

Recent government figures show that nearly 7,667 people have been killed in Mexico so far in 2018, a 20 percent rise from 6,406 violent deaths reported in the first quarter last year, making this the most violent year in nearly two decades.

The report also highlights how young people living in Latin America are disproportionately affected by the violence.  Almost 50 percent of all homicide victims are between the ages of 15 and 29.

Muggah noted that “In addition to having these exceedingly high, epidemic levels of homicide, the vast majority of these homicides are committed with firearms.  Over 75% of homicides are gun-related,” while the global average is about 40%, Muggah pointed out.