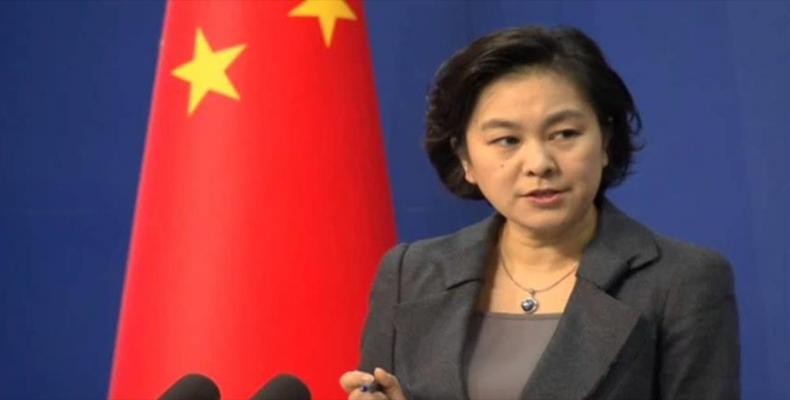 Beijing, December 2 (RHC)-- China has called on the United States to correct its mistake and lift all illegal sanctions on the country, after Washington imposed bans against the China National Electronics Import & Export Corporation (CEIEC) over doing business with Venezuelan President Nicolas Maduro’s government.

The U.S. Treasury Department said in a statement earlier this week that the CEIEC had provided software, training, and technical expertise to Venezuelan state-run entities, including the telecommunications provider Venezuelan National Telephone Company (CANTV).

The statement accused the Chinese company of supporting Maduro’s government in its “efforts to restrict internet service and conduct digital surveillance and cyber operations against political opponents” since 2017.  The sanctions freeze any U.S. assets of the CEIEC and ban Americans from dealing with the firm.

Separately, Venezuela’s Foreign Ministry also denounced the U.S. sanctions as “illegal,” saying they were aimed at “isolating the country and generating difficulties for the Venezuelan population.”

Venezuela has been in political turmoil since U.S.-backed opposition figure Juan Guaido declared himself “interim president” late in January 2019.  Backed by his foreign sponsors, he tried and failed to have the Venezuelan armed forces turn against the elected government of Maduro.

The administration of U.S. President Donald Trump — along with a number of its European and regional allies — promoted and recognized Guaido’s self-proclamation.  Washington has since been mounting economic pressure on Caracas and has repeatedly threatened to use military force to topple Maduro’s government.