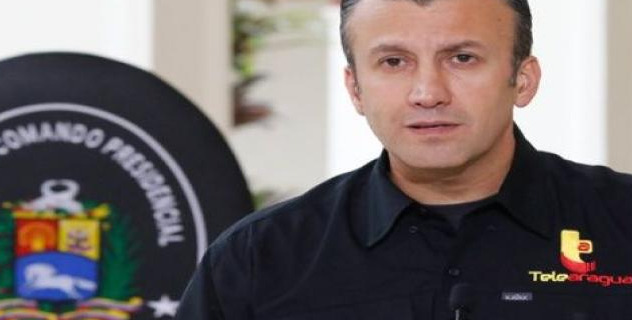 Caracas, December 11 (RHC)-- The Venezuelan Government has announced the capture of two individuals who planned to place explosives at the El Palito oil refinery, located in the northern state of Carabobo.  Appearing on a radio and TV report, Venezuelan Oil Minister Tareck El Aissami disclosed details of a sabotage plan to attack the refinery.

"The detainees were identified as Francisco Javier Pacheco Perez and Cesar Antonio Guevara Diaz.  This frustrated terrorist attack was going to be perpetrated before the electoral event of Sunday, December 6th to generate confusion," pointed out El Aissami on the TV network Venezolana de Television.

The minister said that the detainees were part of a group that intended to cause the suspension of the electoral process with this attack.

The Vice President of the Economic Area and Minister for Oil of Venezuela, Tareck El Aissami, denounced that the two intended to "detonate and destroy" the El Palito refinery with "powerful explosives" under the "protection and support" of the Colombian President Iván Duque.

"This terrorist plan was aimed at detonating and destroying our El Palito refinery through the use of powerful explosives, they also intended to explode the main gasoline pumping pipeline and other products," said El Aissami.