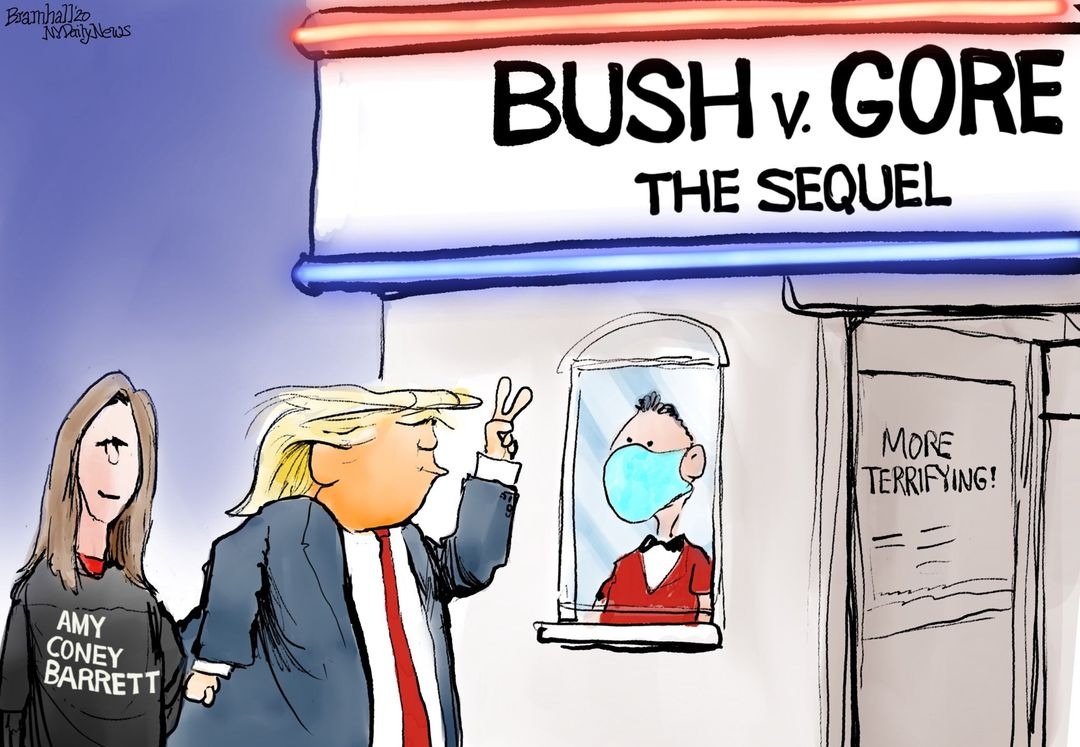 A repeat of the past at the Supreme Court?

Washington, December 21 (RHC)-- U.S. President Donald Trump’s reelection campaign made a long shot bid at the Supreme Court on Sunday to challenge President-elect Joe Biden’s victory in Pennsylvania in a petition that asked the justices to reverse the outcome of the race.

The case, filed nearly seven weeks after Election Day and just one month before Biden is set to be inaugurated, will almost certainly be turned aside by the justices.  It comes as Trump continues to deny his loss even as judges around the country have resoundingly rejected his and his allies’ baseless allegations of fraud.

The challenge follows a similar suit brought by Texas which the justices refused to hear earlier this month. The court rejected Trump-backed arguments from the state challenging the elections in Pennsylvania and other swing states.  All nine justices signaled at the time that they disagreed with Texas’s central arguments.

The justices have not taken any action in a separate Supreme Court challenge brought by the Pennsylvania Republican Party, which is contesting the state’s extended absentee ballot deadline.  That case was originally brought before Election Day.

The filing asks the justices to reverse three decisions from the Pennsylvania Supreme Court easing some of the state’s election rules related to signature verification, Election Day observation and mail-in ballot declarations.  It says the state’s top court encroached on the authority given to state legislatures by the U.S. Constitution to carry out elections.

“Collectively, these three decisions resulted in counting approximately 2.6 million mail ballots in violation of the law as enacted by the Pennsylvania Legislature,” Trump’s attorney John Eastman wrote in the filing.  Eastman claimed that the cases involved “more than enough” ballots to have affected the outcome of the election.

“The outcome of the election for the Presidency of the United States hangs in the balance,” he added in a separate motion urging the justices to take up the matter swiftly, citing the upcoming Jan. 6 congressional deadline to tally electoral college votes, and the January 20th inauguration.

Eastman, a law professor at Chapman University Fowler School of Law, caused controversy in August when he published an article questioning Vice President-elect Kamala Harris’ eligibility to be president in a Newsweek opinion article.  An editor’s note was later appended noting that the article was “being used by some as a tool to perpetuate racism and xenophobia.”

Eastman asked the justices to schedule more briefs before Christmas. In a motion for expedited consideration, he wrote that a delay could harm not only Trump, “but the Nation as а whole may suffer injury from the resulting confusion.”

“Indeed, the intense national and worldwide attention on the 2020 Presidential election only foreshadows the disruption that may well follow if the uncertainty and unfairness shrouding this election are allowed to persist,” Eastman wrote.

Eastman asked that the court require Kathy Boockvar, the Secretary of the Commonwealth of Pennsylvania, to respond to the campaign’s filing by noon on Wednesday.

The last-ditch legal effort is unlikely to have very much practical impact, though it comes as Trump is becoming increasingly desperate to hold onto power. On Friday, the president reportedly asked aides in the Oval Office about naming a special counsel to investigate election fraud, and posed a question about potentially implementing martial law to seize voting machines. He later denied the reports.

Meanwhile, the formal mechanisms of transition have continued apace.  On January 6th, Congress is set to meet in a joint session to formally count the Electoral College votes and declare Biden the winner.  Senate Majority Leader Mitch McConnell, the top Republican in Congress, has warned members of his party not to attempt to block the announcement of Biden’s victory.