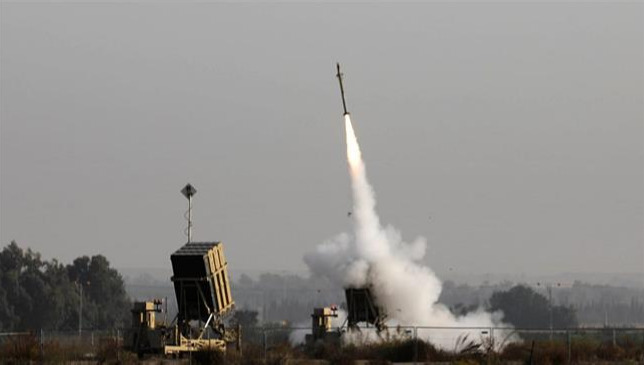 Tel Aviv, June 3 (RHC)-- Being already the largest recipient of assistance from Washington, with an annual $3.8 billion in U.S. military aid, does not stop Israel from asking for more.  Now a U.S. senator has unveiled that the Tel Aviv regime is preparing a request for an additional $1 billion to the Pentagon to replenish its missile system following the latest war on the besieged Gaza Strip.

And Republican Senator Lindsey Graham called on Congress to immediately authorize Tel Aviv’s request for extra funding.  Graham made the remarks in an interview with Fox News from Jerusalem al-Quds on Tuesday, after meeting with both Israeli Prime Minister Benjamin Netanyahu and Defense Minister Benny Gantz during a trip to Israel this week.

"There will be a $1 billion request coming to the Pentagon this week from the (Israeli) defense minister to replenish the Iron Dome and a few other things, to upgrade the system," Graham said, pledging to lead efforts to secure the request in Congress after the Pentagon officially receives it in the coming days.

"Every time somebody tries to destroy Israel, our response is going to be more aid," while holding a sign that read "more for Israel."  Claiming the Iron Dome had saved thousands of lives during last month's Palestinian rocket attacks, Graham said he expected the administration of President Joe Biden and Congress to approve Israel’s request for more funding.

He further emphasized that “there's a wide and deep support for Israel among the Democratic Party,” although there’s been a big quarrel over the last engagement between the Palestinian resistance movement Hamas and the Israeli regime in the United States.

The call for more U.S. aid came on the same day the Tel Aviv regime reported that Israel had recorded the highest ever tally of military exports in 2020 at $8.3 billion.    The Biden administration has already raised controversy by authorizing hundreds of millions of dollars worth of additional weapons sales to Israel.

The sale of $735 million in precision-guided weapons to Israel came at exactly a time when the Tel Aviv regime was staging a bloody campaign of aerial bombardments and artillery shelling against Palestinians in Gaza.