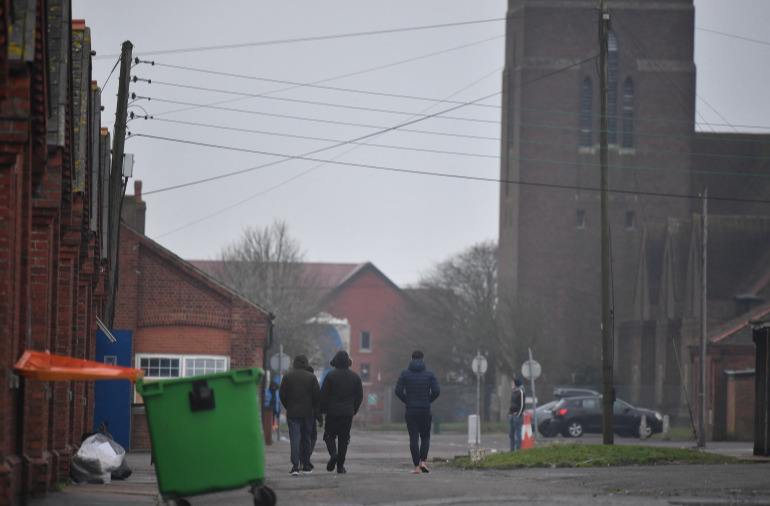 Hundreds of migrants and refugees who crossed the English Channel in small boats have been sent to Napier Barracks since September [File: Ben Stansall/AFP]

Judge Thomas Linden on Thursday ruled in favour of the men, determining that the site did not ensure “a standard of living which was adequate for the health of the claimants.”  Linden said the facility was “run down”, noisy and overcrowded, and that “the mental health of some of the residents was undermined.”  “Insofar as the defendant considered that the accommodation was adequate for their needs, that view was irrational.”

Hundreds of migrants and refugees who arrived in the UK after crossing the English Channel in small boats have been sent to Napier Barracks in southeast England since September, despite a warning from public health authorities the facility was unsuitable.

A refugee charity said residents at the barracks faced “freezing cold” conditions over the winter and the government said almost 200 had tested positive for COVID-19 during an outbreak earlier this year. In January, there were disturbances and a fire at the facility.

Linden, the judge, also questioned the “detention-like” setting, given that residents were meant to be living there voluntarily while their asylum applications were processed.  “When this is considered, a decision that accommodation in a detention-like setting – a site enclosed by a perimeter fence topped with barbed wire, access to which is through padlocked gates guarded by uniformed security personnel – will be adequate for their needs, begins to look questionable,” he said.

Refugee advocates welcomed the ruling, which could now lead to damages claims being brought against Home Secretary Priti Patel.  “This judgement vindicates all those who repeatedly told the government that recklessly forcing hundreds of refugees into crowded camps during a killer pandemic was a gamble with people’s lives,” said Mariam Kemple Hardy at Refugee Action.  “Napier Barracks and all other camp-style accommodation must be shut down.”