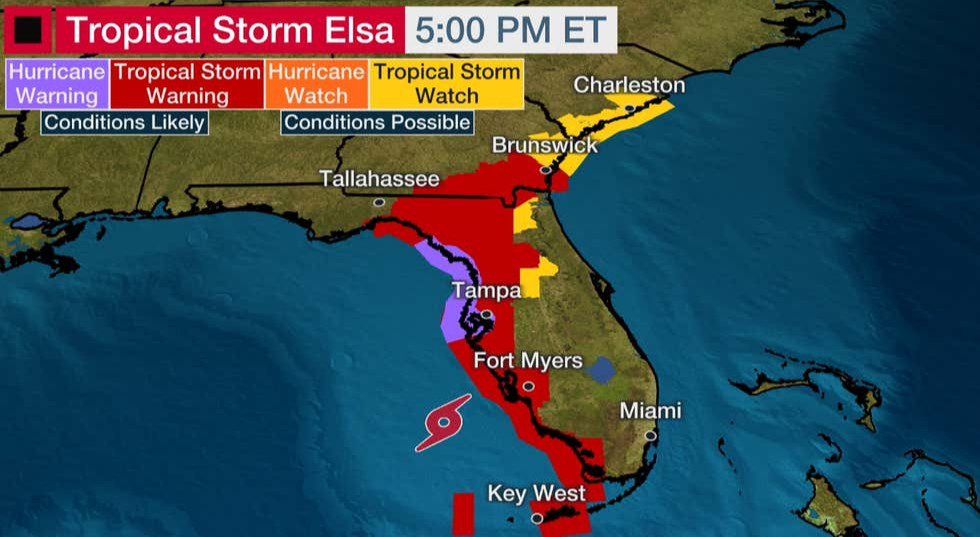 Miami, July 6 (RHC)-- A hurricane watch is in effect for parts of Florida’s Gulf Coast after Tropical Storm Elsa brought heavy rains and flooding to Cuba and the Florida Keys.

This comes as much of the Northern Hemisphere continues to bake under record heat, fueled by the unfolding climate crisis.

In related news, in India, tens of millions of people have been experiencing life-threatening heat with daily temperatures in New Delhi consistently reaching more than 100 degrees Fahrenheit.

In Iraq, protests have erupted in Basra, Baghdad and other cities as widespread power outages darkened homes and cut off water supplies to millions of people, even as temperatures topped 120 degrees Fahrenheit.