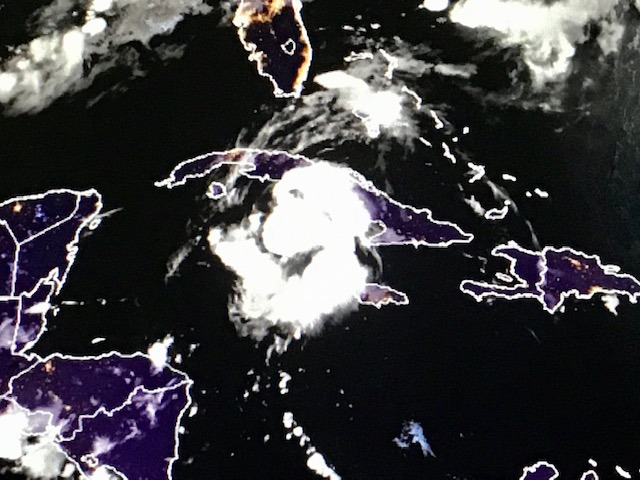 Dr. José Rubiera, a renowned meteorologist of the Caribbean country, considered this an interesting phenomenon due to its disorganization and evolution, somewhat 'unpredictable' for satellites and experts.

Elsa transited from tropical storm to hurricane and then returned to the first category. Its speed of translation alarmed the experts with 50 kilometers per hour that later dropped to 20 and a cone of equally variable trajectory.

Cuban President Miguel Díaz-Canel described discipline as essential to face tropical storm Elsa, with winds and rains already noticeable in the east and center of the country.

So far, only damage to agriculture has been reported, especially in the eastern province of Granma, the president said in a message posted on his Twitter account.

"I ask our people to stay safe so as not to lament the loss of life. Discipline is the key to overcome this situation with the least possible damage," he added.

The head of State thanked the Institute of Meteorology and the press throughout the country for their work and professionalism with the proximity of Elsa to the archipelago.

"We have been in communication with the presidents of the Defense Councils of the eastern provinces, also with Camagüey and Ciego de Avila. The work has been organized, responsible, and prompt," he added in another message.