38th Anniversary of the Popular Sandinista Revolution Celebrated in Cuba 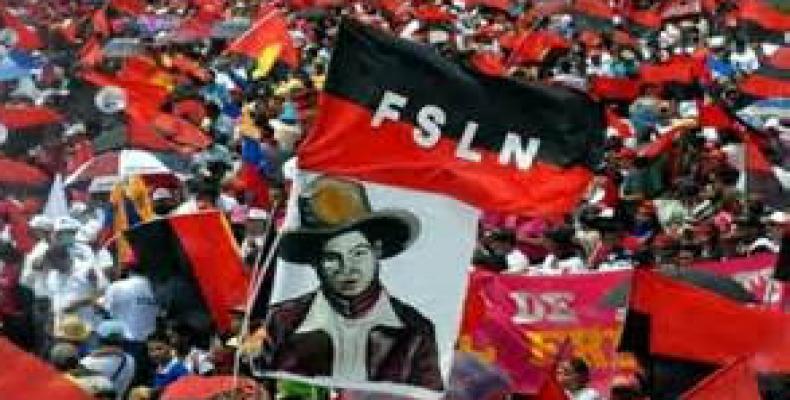 Havana, July 15 (RHC)-- The Cuban Institute of Friendship with Peoples, ICAP, celebrated the 38th anniversary of the Nicaraguan Popular Sandinista Revolution with an event that also served to inaugurate an exhibition of more than 50 images of this important moment in Latin American history.

Elio Gámez, ICAP vice-president, said that 38 years ago the heroic and courageous people of Nicaragua carried out this very important act, and he emphasized the continuing support of the Nicaraguan people for their leaders and the Sandinista National Liberation Front.

For his part, Nicaragua's ambassador to Cuba, Luis Cabrera, conveyed greetings from Nicaraguan President Daniel Ortega and Vice-President Rosario Murillo to the Cuban Revolution and people, and his appreciation for the solidarity shown throughout the years of the Sandinista Revolution.