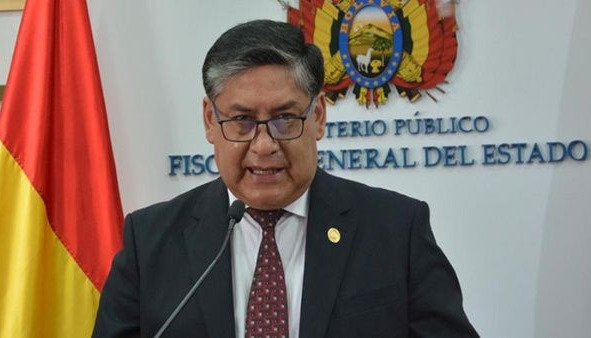 Elections on October 20, 2019 pointed to a partial victory of Movimiento Al Socialismo (MAS) with 45.8 percent of the suffrages, followed by Comunidad Ciudadana (CC), with 38.1 percent. | Photo: La Opinión

La Paz, July 28 (RHC)-- The Attorney General's Office (FGE) of Bolivia has closed the case of alleged electoral fraud associated with the 2019 elections, after receiving the results of the international expert report commissioned to the Bisite Deep Tech Lab Research Group of the University of Salamanca.

"In strict observance and impartiality that govern the prosecutorial function, the conclusive requirement of dismissal was issued upon determining that the investigated fact does not constitute a crime, as provided in Article 323, Paragraph 3 of the Criminal Code, a determination that has been brought to the attention of the jurisdictional authority," said the Attorney General of the State, Juan Lachipa.

The study of the University of Salamanca concluded that in said elections (where Evo Morales won his presidential reelection) there was no manipulation of data of the official count or of the Transmission of Preliminary Electoral Results (Trep).

"The expert analysis has determined that there were several negligence on the part of the company Neotec, in charge of the TREP system.  However, the existence of manipulation in the data has not been demonstrated since there are no significant differences between all the databases used during the electoral process", details the final document of the investigation.

The text explains that the possibility of a manipulation of the election results is highly improbable.   "In order to do so, it would be necessary to have a coordinated team with access to all the computer systems (both TREP and official tally) used during the elections."

Those elections on Sunday, October 20, 2019, pointed to a partial victory of Movimiento Al Socialismo (MAS) with 45.8 percent of the votes, followed by Comunidad Ciudadana (CC), with 38.1.

Carlos Mesa, then candidate of CC, questioned the process and initiated protests by his political party and other opposition forces, which led to Morales' resignation and the establishment of a de facto government presided by Jeanine Áñez.

}The executive secretary of the Bolivarian Alliance for the Peoples of Our America-People's Trade Agreement (ALBA-TCP), Sacha Llorenti, urged the European Union (EU) to withdraw its support to the Organization of American States (OAS), for its role in the coup d'état against the then head of state, Evo Morales.

The OAS in its role as an international institution observing the Bolivian elections issued in November 2019 a report in which it warned about the occurrence of "malicious manipulation", a version disproved with the results of the investigation.

Then, the regional entity pointed out that "the interruption of the TREP and the subsequent redirection of the data flow to an external server made the system absolutely manipulable."  It also stated that "a hidden computer structure was deliberately built, with the capacity to modify electoral results, as well as to erase any trace of this activity."