Venezuela denounces before the UN the murder of children in Colombia 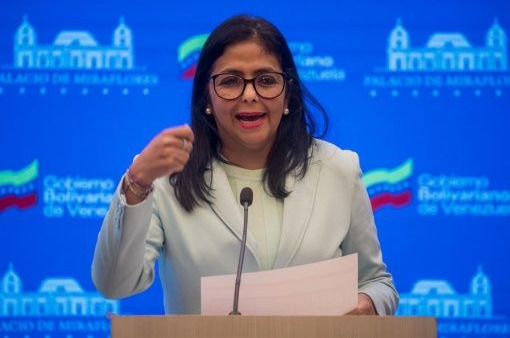 Rodríguez pointed out that the decision was taken by President Nicolás Maduro in order that "this crime does not go unpunished"; at the same time she expressed that they will also take the complaint to the High Commissioner for Human Rights, Michelle Bachelet.

The Venezuelan Vice President accused Ivan Duque of promoting hatred, discrimination and xenophobia against migrants and, accordingly, Caracas will make a statement before all the appropriate international bodies in order to hold him accountable for deliberate criminal acts against "our fellow citizens."

Delcy Rodriguez also mentioned that Venezuela will activate any international mechanism required in order to protect the safety of its migrants in Colombia, who suffer "the policy of hatred and persecution of the high oporophobic authorities."

The Venezuelan prosecutor, Tarek William Saab, sent a communication to his Colombian counterpart, Francisco Barbosa, requesting to clarify the murder of the two Venezuelan teenagers executed on public roads, specifically in the urban area of the municipality of Tibú, Norte de Santander on Saturday, October 9th.

Saab detailed that this fact does not constitute an isolated event, as at least 1,933 Venezuelan migrants were killed and another 836 reported missing between 2015 and 2020 in Colombia, according to complaints submitted to the Non-Governmental Organization Consultancy for Human Rights and Displacement (Codhes).