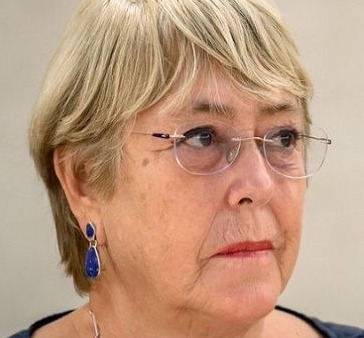 "I have said it before, I am in favor of the approval of the constitutional reform," United Nations High Commissioner for Human Rights Michelle Bachelet said. Jul. 20, 2022. | Photo: Twitter/@adnradiochile

Santiago de Chile, July 21 (RHC)-- On September 4, Chile's constitutional proposal will be submitted to a referendum, where Chilean citizens will determine whether they approve or reject the document.

Michelle Bachelet, the United Nations High Commissioner for Human Rights and former president of Chile, said during a recent press conference: "I have a very clear opinion of what the decision of September 4 should be.  I have said it before; I am in favor of the approval of the constitutional reform."

Following the wave of mass protests for equality that marked 2019 in the country, Chile plunged into a constituent process in 2020 that sought to curb the critical situation.   At a referendum held in October 2020, nearly 80 percent of Chileans voted to change the text.  In May of the next year, the 155 members, with a progressive tendency and many independent citizens, were elected at the polls.

The current Constitution, inherited from Augusto Pinochet's fascist regime, from 1973 until 1990 and neoliberal in nature, would be replaced if approved in the referendum.