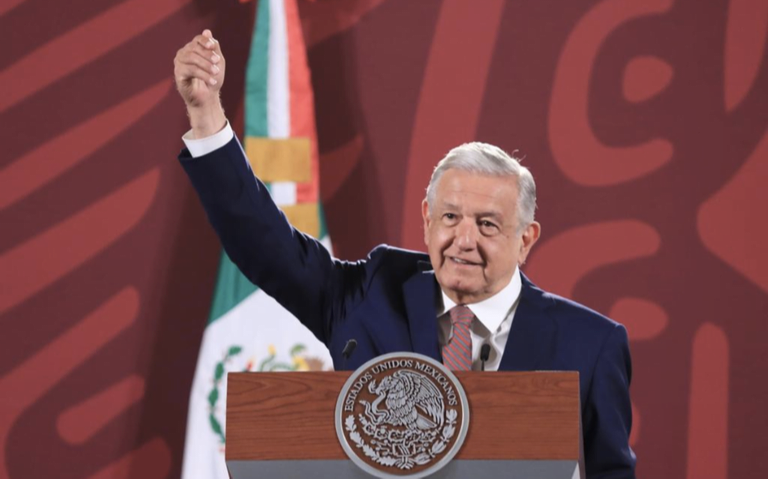 There is hope for change in Colombia with Petro, said Andres Manuel Lopez Obrador. | Photo: EFE

Mexico City, August 9 (RHC)-- The president of Mexico, Andrés Manuel López Obrador, says that the inauguration of Gustavo Petro as president of Colombia is an historic change, while inviting his counterpart to visit Mexico at his earliest opportunity.

The Mexican president indicated that the Colombian head of state "is invited, when he can come, the doors are open.  We were very pleased that change is taking place in Colombia and we congratulate the brotherly people of Colombia."

There is hope for a change in Colombia, said López Obrador, after the departure of Iván Duque from the presidency this Sunday, at the swearing-in ceremony of Gustavo Petro and Vice President Francia Márquez.

As the new Colombian head of state was visited by Foreign Minister Marcelo Ebrard, Gustavo Petro pointed out that "the Mexican people and the Colombian people can be fundamental axes of Latin American unity and a big voice in the universe that allows our cultures, our blood, our struggles to be successful and to move forward."

Ebrard, for his part, said on his Twitter account that during his visit to Colombia he handed over the baton of command of native peoples and Afro-descendants of Mexico as a symbol of unity and support between both peoples.

This Sunday, the investiture of Petro and Márquez took place.  The Vice President of Colombia from her Twitter account, and regarding the swearing in, stated that "before God, the people of Colombia, my ancestors, I will respect the Constitution and will work for Colombians who have historically been excluded, until dignity becomes customary".

Colombian social organizations and political platforms have valued that it took seven long decades and five assassinations against presidential candidates for a government option close to the popular camp, which at the time was embodied by Jorge Eliécer Gaitán, to become head of state.