ISIS Advances in Iraq and Syria, While 180,000 Flee Town of Heet 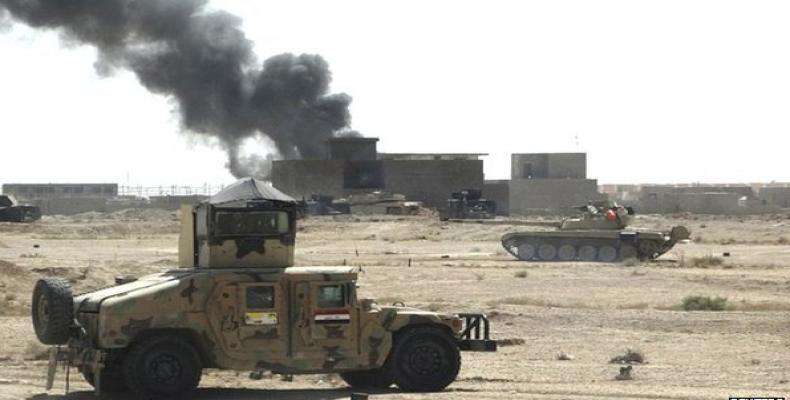 Washington, October 14 (RHC)-- Military chiefs from the U.S.-led coalition fighting the Islamic State are meeting today in Washington as the terrorist group continues to advance in Iraq and Syria.

ISIS fighters have reportedly claimed nearly half of the embattled town of Kobani, along the Syria-Turkey border, despite three weeks of U.S.-led airstrikes.

On Monday, security sources told Agence France-Presse that the city of Heet on the edge of Anbar province was entirely under ISIS control after Iraqi government troops withdrew from a key base.

Heet is about 115 miles west of the Iraqi capital Baghdad. The United Nations says as many as 180,000 people have fled the area in and around Heet.