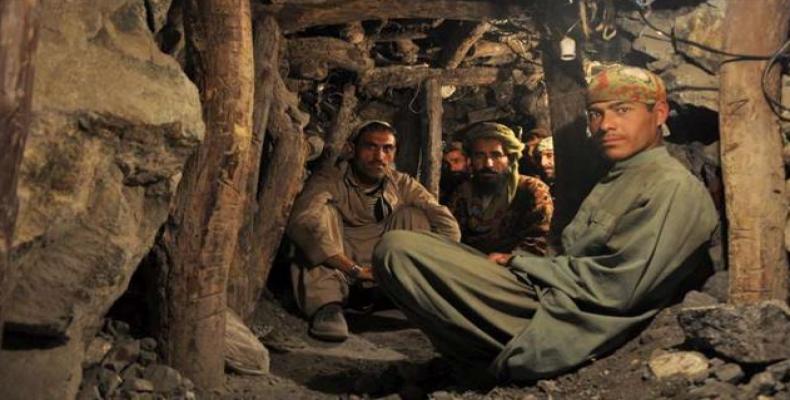 Islamabad, January 5 (RHC)-- At least 12 workers have been killed in a marble mine collapse in Pakistan's troubled northwestern tribal region near the border with Afghanistan. Local officials said miners were busy excavating at the marble quarry in the Ziarat area of Mohmand Agency, situated more than 150 kilometers (93 miles) northwest of the capital, Islamabad, on Saturday evening when the accident took place.

Scores of laborers and two vehicles were buried in the mine. At least twelve bodies were later recovered, but some miners still remain trapped inside as a rescue operation is being carried out. Local administration official, Meraj Khan, said two people were injured in the incident.

Most mines in Pakistan are notorious for poor safety standards and facilities. Mine owners often compromise protective measures, and the number of deadly accidents is relatively high. The unsafe practices of miners often go unchecked and accidents are mostly not recorded.