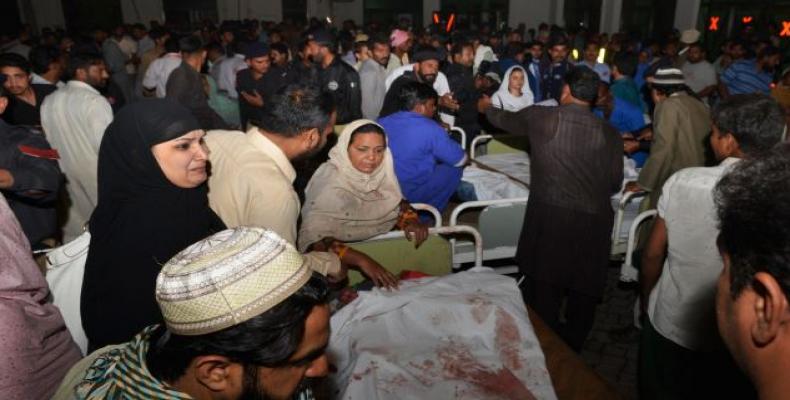 Islamabad, November 3 (RHC)-- A bomb blast on the Pakistan-India border has left at least 45 people, including women and children, dead and scores wounded, Pakistani police say. The explosion occurred near a checkpoint at the Wagah border crossing close to the Pakistani city of Lahore on Sunday, Punjab provincial police chief, Mushtaq Sukhera, said.

The bombing reportedly came at the end of a daily ceremony in which Pakistani and Indian soldiers simultaneously lowered their national flags at the border crossing. Deputy Medical Superintendent of Ghurki Hospital said that up to 70 people were injured in the bomb explosion.

Pakistan has beefed up security in all its major cities as its Shia population is preparing for commemorating Ashura, the tenth day of the lunar month of Muharram, which marks martyrdom anniversary of Imam Hossein.