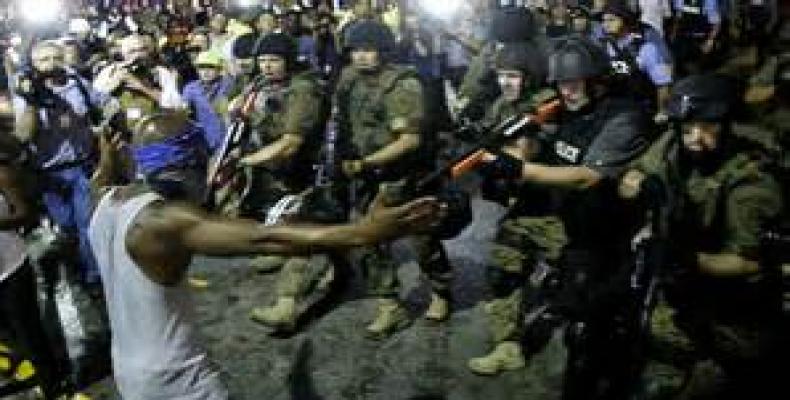 Washington, March 4 (RHC)-- The U.S. Justice Department has accused the police department in Ferguson, Missouri, of racial bias long after a white cop walked free although he had shot dead an unarmed Black teenager.

U.S. officials said on Tuesday that the Justice Department was set to release its findings on the matter. The report is the result of a month-long probe triggered by the shooting death of Michael Brown by white officer Darren Wilson in the St. Louis suburb of Ferguson, which led to massive Black Lives Matter protests across the country.

It is very unlikely for Wilson to face any federal civil rights charges for the August shooting. The new report is said to cover a range of police discriminatory measures in different stages; from the police officers' initial encounters with Black suspects to how they are treated in the municipal court or prison.

People in the U,S. have been simmering with rage due to death of several unarmed Black Americans at the hands of police and grand jury decisions not to indict the officers responsible.

Unlike the fatal shooting of Brown, the chokehold death of Garner, a father of six and grandfather of two, was recorded by a cell phone and widely seen, contributing to the public outrage. In the video, Garner repeatedly shouted: "I can't breathe!"