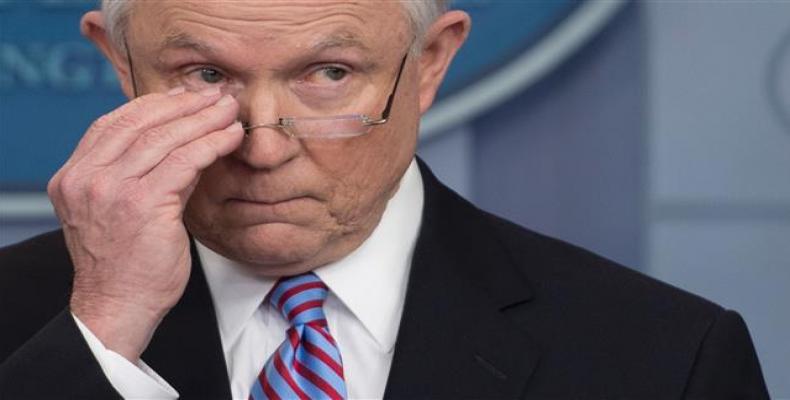 Washington, April 22 (RHC)-- The U.S. Justice Department has escalated its approach to so-called "sanctuary cities," writing to at least eight jurisdictions to put them on notice they could be failing to cooperate with immigration authorities.

Alan Hanson, the acting assistant attorney general for the Justice Department's grant-making arm, warned the cities that they're required to submit proof they comply with federal immigration law.

"Failure to comply with this condition could result in the withholding of grant funds, suspension or termination of the grant, ineligibility for future... grants, or other action, as appropriate," Hanson wrote.  The cities receiving the letters include: Chicago, New Orleans, Philadelphia, Las Vegas, Miami, Milwaukee, New York and Sacramento.

Attorney General Jeff Sessions has adopted a hard line on immigration, dating to his time in the U.S. Senate.  Sessions links immigration to a variety of social problems, including what he claims is a rise in crime.  In a statement accompanying the letters to sanctuary cities, the Justice Department said "many of these jurisdictions are also crumbling under the weight of illegal immigration and violent crime."

While murders and other violence are on the rise in some major cities, most scholars have concluded that crime remains near historic lows, and that immigrants commit fewer crimes than U.S.-born citizens.