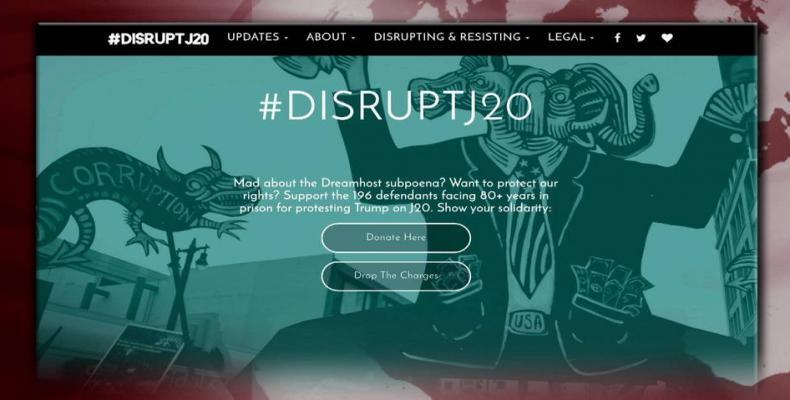 Washington, August 29 (RHC)-- In the United States, the Justice Department has dropped its request for IP addresses of 1.3 million visitors to the website DisruptJ20.org, which helped organize the Inauguration Day protests against President Donald Trump in January.  The government had demanded that the website turn over all information on those that visited their site in preparations for the massive demonstration against Trump.

The Justice Department is continuing to press the web hosting company DreamHost to turn over information about what it claims was a "premeditated riot" during Trump’s inauguration.  More than 200 protesters were arrested during the Inauguration Day protests and are now facing decades in prison on trumped-up charges.