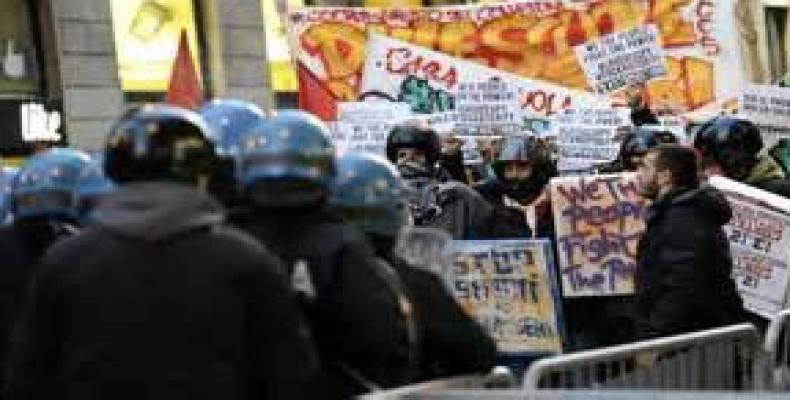 Rome, March 30 (RHC)-- Clashes erupted over the weekend between Italian police and the far right protesters who are against illegal immigration. The scuffles broke out in the northern city of Brescia as the police tried to disperse supporters of the neo-Nazi political party Forza Nuova (New Force).

The protest was organized in response to rival demonstrations by activists and migrants, who have been repeatedly rallying in Brescia to call for migrants’ rights. The Forza Nuova gathering turned violent when security guards forced the party’s supporters into the urban area of Brescia in an attempt to keep opposing protesters apart.

First formed in 1997, Forza Nuova has been involved in numerous political campaigns that are opposed to illegal immigration. The party has been criticized for its radical, ultra-right positions.