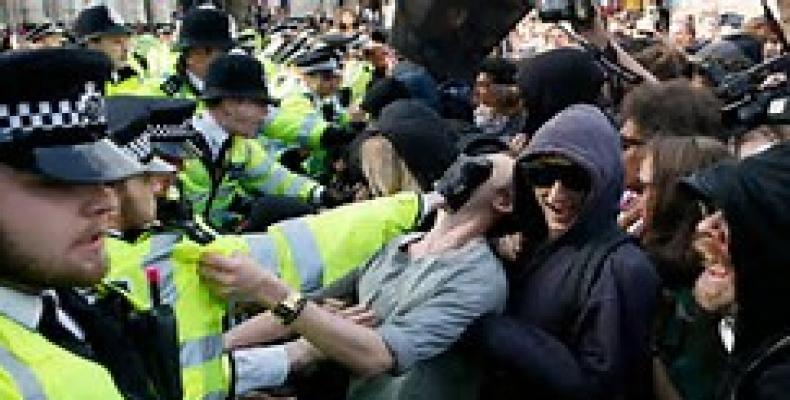 London, May 11 (RHC)-- British police clashed with anti-austerity protesters in central London as thousands turned out to express anger at Tories rise to majority rule with only 37 percent of the vote.

As protests continued into Saturday evening, a Scotland Yard statement said five police officers were injured during what they referred to as an "unplanned" demonstration just a day into the new Conservative government.

Many protesters carried placards reading: "I pledge to resist" and "Get the Tories out" as well as "Stop the cuts" as London's major thoroughfare Whitehall was shut down for several hours during the demonstration, which originally began outside the Tory headquarters before moving on to Downing Street.